Raising A Boy In Pink 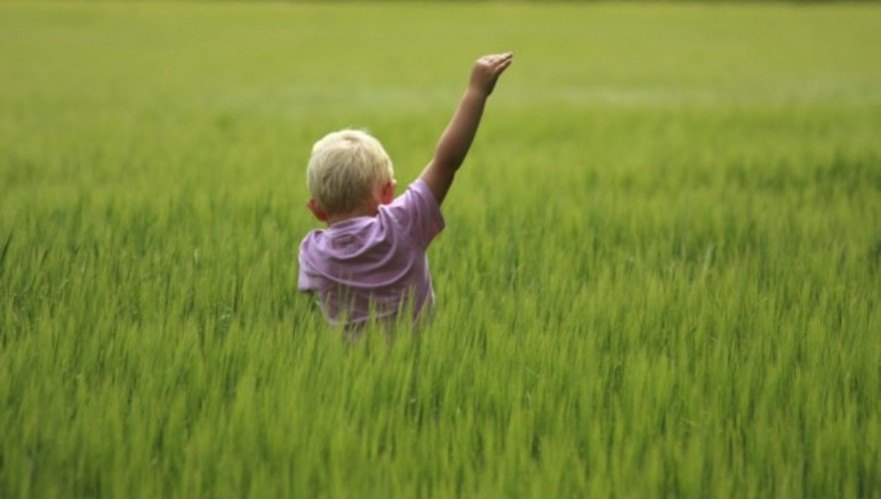 A Mom Talks About Raising a Gender Non-Conforming Child.  — By Sarah Hoffman

{Part 1 of our 2-part series on Kids and Gender}

One Thursday morning, my four-year-old son announced, “I’m going to wear a dress to school today.”

I froze. I shouldn’t have been entirely surprised, given Sam’s history on the pink side of the dress-up box, but this was different.

The previous weekend, Sam and I visited his grandma in Malibu, where we wandered into a high-end children’s boutique. Sam had eyed a pink, frilly sundress. “Can I have it?”

I blinked at him. Trying to keep things light, I told Sam the dress was not his size. Blue eyes wide, he asked shyly, “Well, are there dresses in my size?” I paused, trying to decide what to say. “Boys don’t wear dresses” came to mind, but that wasn’t true—Sam had always loved playing princess dress-up. “I’m not going to buy you a $270 dress from this ridiculous store” also came to mind, but that really didn’t address the point—his, or mine. He would be asking the same question about a $7.99 sundress at Target, and I’d still be wondering why my boy wanted to wear one.

Sam started to weep. “I wish I had a pink dress!” he wailed. “But sweetie,” I said, “You have two pink princess dress-up costumes.” He wailed, “But I want one I can wear to school!”

At four, Sam has been expressing his preference for pink for half his life. My husband and I have bought him various things that fall in the sort of odd-but-socially-acceptable range: pink Converse sneakers, pink t-shirts, a hot pink polo shirt. His grandparents bought him a pair of pink light-up Skechers that he adores. The dress-up box at home overflows with pink tulle, lace, and marabou feathers.

But for school, certain things—say, dresses—are on the other side of a line that my husband and I haven’t been willing to cross: one that sits right between eccentric-but-cute and is-that-a-boy-wearing-that? We have tried to find a way for Sam to express himself without inviting ridicule, and we knew that a pink sundress would cross the line. But it was starting to look as though Sam was no longer happy within the confines of our compromise.

I’d wanted to think that this was just a phase for Sam, but I was beginning to understand that it was not. My son wanted to wear a dress—for real, not for dress-up. He wanted to show his school friends his true self. The pink-sundress-wearing self.

I am a woman who rarely puts on heels; I was a kid who preferred overalls to frills. The part of me that thinks outside of the gender box looks at Sam and thinks he should wear whatever makes him feel his best. And yet…I am his mother, and my fiercest urge is to protect him. I know that boys who act like girls get bullied. A dress on a boy feels like an invitation to mockery.

My husband and I didn’t know whether Sam was ready to wear a dress to school—or if we were ready. We wondered if learning to fit in was more important than expressing himself. Yet we knew that steering him toward the masculine was not working, and that he was becoming increasingly resistant to wearing boy clothes. More important, we knew that denying his desire to look the way he wants would quash a part of him and make him unhappy, probably in a more fundamental way than we even understood.

So I bought him a dress, a $10 pink, embroidered sundress from Old Navy. I did not decide if it would be okay for him to wear it to school; I was not ready to decide. I figured he could wear it at home and see how he felt. How we felt.

Sam’s declaration that he would wear the dress to school saved us, in a way, from having to decide; he’d already decided. I warned Sam that he would probably get teased. He was undeterred; clearly, avoiding teasing was a lower priority for Sam than simply being himself. I could see that learning to stand up for his choices, in a relatively safe and supportive environment, was a useful life lesson. And it occurred to me that having confidence—being proud of who he is, even if he’s different—is the best defense against ridicule.

So we coached Sam on what to say to the children at preschool who might tease him. We role-played things he could say back to them. We talked about how much teasing can hurt, but that teasing is wrong. At that morning’s school drop-off, my faith in Sam moved up a notch when he announced to his teacher, “Look at my pretty dress! No one is allowed to make fun of me.”

After school, Sam beamed as he reported that his teachers had said they liked his dress, and the other four-year-olds had said he looked pretty. But the kids in the five-year-old class teased him and told him that “boys can’t wear dresses,” and that he “must not be a boy.”

I couldn’t have said it better. I asked Sam how he felt about his day in a dress, and he said gleefully, “I want to wear a dress to school again!”

And how did I feel? Well, next week is tie-dye week at school. The class parent in charge of ordering the clothes called to ask if I wanted a t-shirt or a dress for Sam. Touched by her thoughtfulness, I thought I would give Sam the same consideration she did, and I let him decide.

It looks like there will soon be two dresses in Sam’s closet.

— Sarah Hoffman is a mom and freelance writer whose essays on children and gender have been published in the San Francisco Chronicle and on Salon.com. A version of “Sundress” appeared in Cookie Magazine. Sarah blogs about life with gender non-conforming son at www.sarahhoffmanwriter.com and is also the author of the forthcoming book, Pink Boys.