When Grandparents are Less than Grand 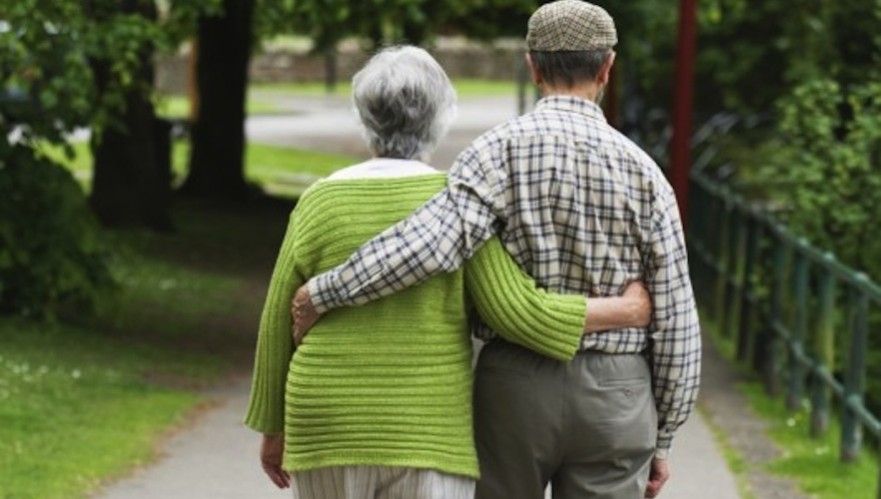 An interview with Amy Goyer

Grandparents. We love them. We need them. But our relationship with them is frequently rife with complications. They are, after all, our parents. Our in-laws. We will always be grateful to them for making us who we are, but there’s a reason we broke off from them way back when and built our own lives, formed our own families. And just when we’ve come to a place of understanding and acceptance with them about how we’ve chosen to carry on as adults, WHAM! We get to revisit the whole childhood experience with them, one generation removed, through our offspring. Multi-generational and family issues expert Amy Goyer offers her advice for easing conflict and tapping into this potentially rich familial resource: Grandparents.  — Gabrielle Pascoe, TMC Web Content Producer

Many grandparents consider spoiling their grandkids an inalienable right. What should a parent do to manage over-indulgent grandparents?

Many grandparents see spoiling the grandkids as their role.  It brings them great joy to be generous to their grandkids and see their faces light up when they are.  If you can, accept a bit of spoiling and be grateful your children have loving adults in their lives.  But if you really feel your parenting is being compromised, parents should talk with grandparents and set boundaries.  For example, let grandparents know about any gifts you really don’t want your children to have. If you don’t want them to have certain electronics or equipment, tell grandparents ahead of time (i.e. “I really don’t want my daughter to have her own cell phone until she’s 14 years old,” or “I don’t think Bobby needs his own laptop.”) On the other hand, grandparents can serve to fill the gap with items the parents can’t afford.

What should  parents do if we find out the grandparents are undermining our parenting beliefs?

So many grandparents tell me that a simple misunderstanding caused problems in their relationship with parents of their grandchildren.

Tell grandparents why you don’t appreciate their behavior and give a special grandparent alternative that is acceptable to you. For example, if you have a strict rule that your children go to bed at 8 p.m., and you find out the grandparents aren’t enforcing that rule when they babysit, then say, “I really want you to stick to the 8 p.m. bedtime when you babysit the kids. However, since your time with them is special, you could read to them for a half hour after they get in bed.”

Most importantly, tell the grandparents it really is a hard-and-fast rule for you and explain why. Sometimes grandparents don’t understand the logic behind things and don’t really grasp the level of importance to a parent. A parent could say, “Keeping the bedtime on a routine schedule is really important to me, because if we don’t do so the kids are tired the next day, and we have behavior problems,” or, “It makes bedtime a bigger challenge the next night.”

Any advice for parents in order to get the grandparents to enforce house rules when they’re watching the kids?

Let’s be honest:  parents should accept that no babysitter is going to do exactly what they do, whether the sitter is paid help or a family member. Prioritize the three most important issues or house rules and emphasize them with grandparents. Explain why they are important to you.

Lastly, really examine your motives. Is this a power struggle, and is it worth the misery? Or is it something imperative that affects the safety and health of your children? Pick your battles.

What about grandparents who are a bad influence? Maybe they smoke? Maybe they fight with each other? What approach should a parent take?

Talk gently with grandparents about the habit or behavior that you feel is a negative influence on the children and explain why you feel it is. For some grandparents, sharing a bit of research might do the trick. For others anecdotes and stories work better.

Remember that these habits have usually been around a long time and may be hard to break. Offer to help them kick the habit, whatever the habit may be. Be supportive, not confrontational. Acknowledge first that you know they love their grandchildren and would never do anything intentionally to hurt them, but alert them that you think some of their habits may have unintended consequences for the children. Also remember that you, as parents, have the most influence over your kids. Some idiosyncrasies may be unpleasant, but children will not necessarily pick up the bad habits of their grandparents — or aunts, uncles, cousins or any other family member. My grandfather cussed every other word, but I have never once heard my dad or mom swear. We loved our grandfather and giggled when he swore, but my sisters and I didn’t grow up swearing like he did. My dad and mom had much more influence.

If you have your own deep issues with your in-laws, is it possible to foster the grandparent/grandchild relationship while keeping a personal distance?

Absolutely! But parents in this situation will have to be adults and should accept that they will have to be around the in-laws at times in order to nurture that relationship. Be a role model for your children. Throughout their lives they will have to interact with people they don’t care for. It’s part of life, school and work. Show that you can be polite, diplomatic and mature in the situation. With a little grace, a parent can invite the in-laws to important events in their children’s lives, such as school programs or sports events or to babysit, allow the children to stay at the in-laws’ house, and initiate phone calls or video calls but step aside while the children talk with their grandparents so that relationship can grow unfettered.

Showing a child the importance of family in general is more important than nurturing your loathing for your in-laws, but you don’t have to cozy up to them either. Be polite and encourage your spouse (your in-laws’ child) to facilitate the relationship as much as possible. If s/he isn’t doing so, then do your best. Remember that the priority is what’s in the best interest of the child — always.

Amy Goyer is the AARP’s family expert, and has been involved in aging and inter-generational issues and programs at the local, state, national and international levels for more than 25 years. She has written, lectured and served as a media spokesperson extensively about multi-generational and family issues, including family care giving, grandparenting and inter-generational relationships and programs as well as aging and home/community based services.  You may follow her on Twitter at @AmyGoyer.