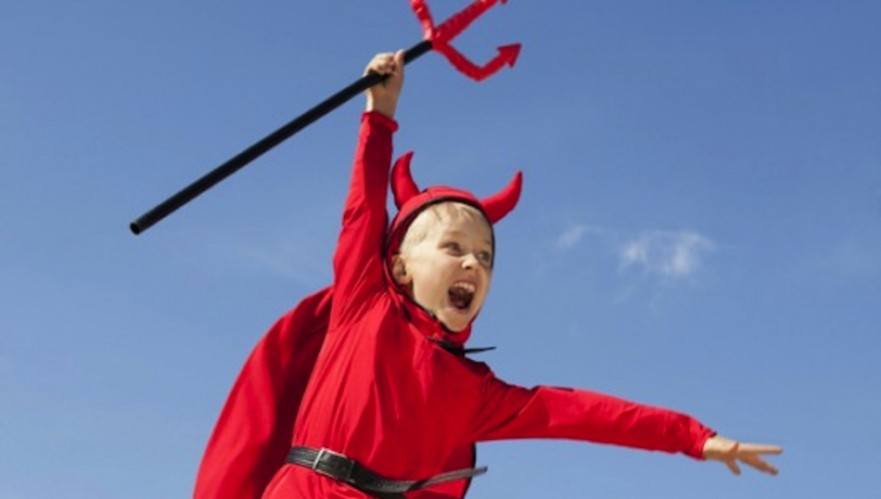 I gotta admit, sometimes I fear I’m raising a brat.  My only comfort is when I look around, I see them everywhere! We constantly try to teach our youngsters manners, respect, patience, kindness and empathy, and so often it feels like an uphill battle.  Betsy Brown Braun, parenting guru and author of “You’re Not the Boss of Me: Brat-Proofing your 4 to 12 Year-Old Child” has been known to call them the “F’ing Fours” for a reason – this is a tough behavioral moment for so many of us.  BBB, give us some guidance — we need you!          — Sam Kurtzman-Counter, Exec VP of TMC

Is there any way to guard against a kid being a brat?

“Brat” means different things to different parents. To one it’s when her child is being disrespectful, maybe talking back. To another it’s when his child is being defiant. But being “bratty” at some time or other is a pretty normal part of growing up. In fact, most kids figure out what to do by not doing so.  This includes sometimes being a brat.

The truth of the matter is that children who feel connected to their parents, who feel significant to them are going to be less bratty.  All children, and I mean ALL children, want to please their parents, want them to feel proud, and so they really do want to do the right thing.  Children who feel good about themselves, who have self efficacy , who feel that they matter, do not need to seek negative attention by being bratty. If we cultivate in our kids all the good stuff—independence, self reliance, responsibility, respect, etc… they will be less likely to be bratty.  That’s what my second book, You’re Not the Boss of Me, is all about.

How do we teach our 3-6 year olds what respect means?

Respect is a difficult concept for a child to grasp, yet parents use the word all the time, expecting that the child gets it. And respect has lots of different meanings. You respect your body by keeping it clean. You respect your toys by treating them properly and putting them away. You respect a sports hero who works so hard for his achievements. It’s a tricky concept, isn’t it?

In order to understand the respect to which I think you are referring, not only does the child have to have empathy—knowing how the other guy feels, but he also has to grasp the hierarchy of relationships among people.  This understanding grows in time and with practice.  I can tell you that children who are raised with respect are put into a position to be respectful.  You can’t scream at your child and then turn around and tell him not to yell at you. Gritting your teeth, wagging your finger, and spitting “Don’t you dare speak to me with that tone!” certainly doesn’t model respect.  Neither does barking orders or slinging sarcastic observations (“You’re not going to wear that, are you?)  This would be a good place to remind you of the golden rule. Treating others the way you want to be treated models your respect for them.

How should parents react to back talk?

Your reaction to back talk needs to be based on your understanding of the context in which it is occurring.  When a child is really crabby, hungry, exhausted, he may be less able to control his back talk. And children usually save their worst, most uncensored behavior for the person whose love they trust the most.  Isn’t it funny how the child would never tell his teacher to Go away! Or stick out his tongue at her when he is angry?

Back talk is never okay, but almost all kids give it try. The age of the child and the context of the back talk will guide the nature of your response. Calmly and seriously saying “ I don’t speak to you that way and it’s not okay for you to speak to me that way” and then walking away, not only gives the child the message that it is not acceptable but also he gets NO attention for doing so.  Older children (five years and beyond)  might need a chance to adjust their tone, and so you can say, “Do you need a do-over?” The key in dealing with back talk is not dealing with it in the heat of the moment. Stop the action by giving it no attention when feelings are elevated. Go back when the temperature has dropped and revisit with you child what happened.  “You were really angry when I wouldn’t let you watch tv, and so you spoke to me really disrespectfully. It’s okay to be mad at me, but back talk is not ok.”

How can we discourage rude behavior?

Not only is rude behavior disrespectful, but it is also impolite, unmannerly, and embarrassing when it happens in public!  Most children do know that they are being rude, so lecturing them about it in the moment won’t do much. Often just giving “the look” is enough in the moment. As with back talk, it needs to be addressed after feelings (yours and his) have settled down.

When rude behavior is a coping mechanism, consequences or punishment will not help. The child who refuses to say “hello” isn’t necessarily trying to be rude; often he is a victim of his particular temperament (“shy”) and is unable to step up. This child needs alternatives.

And sometimes the child is just plain trying out being rude, testing the waters, strutting his stuff. In this case, it just can’t work. “Children who spit at the table are not welcome here. You are excused.” No audience and no attention.  When the child sees either that there will be an immediate, logical consequence for the rude behavior or that he gets absolutely nothing (positive or negative attention) as a result, it will stop.

How should a parent react to “I hate you” or “I love Daddy more than you?”

These kinds of comments just plain sting.  But do you really think your child hates you?  The key is not to take it personally. Your child is expressing his feelings. While everyone has a different level of tolerance for these expressions, I do not see them as disrespectful. They are  sometimes hurtful, however.  Giving the expression too much attention will only encourage your child to use it more because it works.  You can calmly say, “Let me know when you are ready to talk about why you are so angry,” and then walk away.  When you revisit later on, you can tell your child that his words were hurtful, if you felt that way. But you will get farther if you address the reason for his anger, giving him choices for what he could have done, rather than dwelling on his expression. And do let him know that you know he really doesn’t hate you!

Betsy Brown Braun is the bestselling author of the just released, “You’re Not the Boss of Me: Brat-Proofing your 4 to 12 Year-Old Child” (HarperCollins, 2010) and the award winning “Just Tell Me What to Say: Sensible Tips and Scripts for Perplexed Parents” (HarperCollins, 2008 – now in it’s 4th printing).  She’s also a child development and behavior specialist, parent educator and multiple birth parenting consultant with 40 years of experience in public and private early childhood and elementary education.  You can learn more about Betsy, her books and her consulting practice at www.betsybrownbraun.com.

The Mother Company aims to support parents and their children, providing thought-provoking web content and products based in social and emotional learning for children ages 3-6. Check out the first episode of our DVD series, “Ruby’s Studio: The Feelings Show”, which helps young children express their feelings. We want to be a parenting tool — for you!