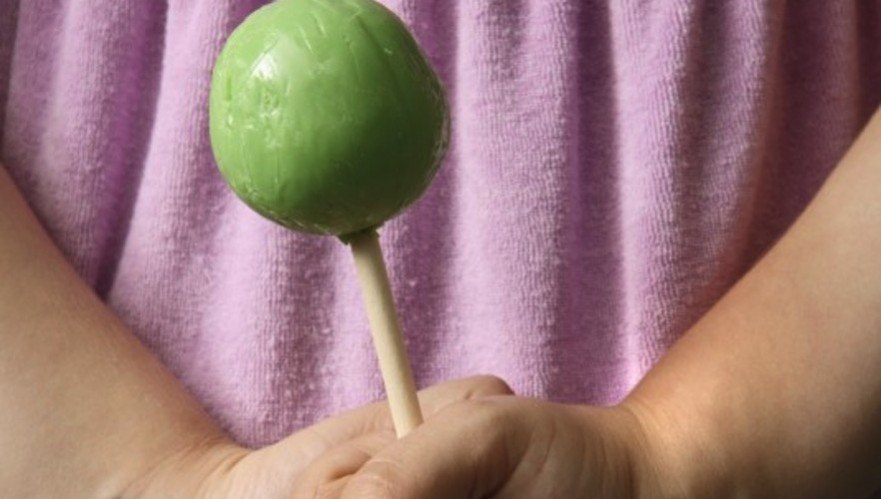 An interview with Dr. Laura Markham

It’s amusing when my son lies. Amusing because he’s so bad at it. He looks up at me with those enormous baby blues, and I swear I can see all the circuits in his brain firing: am I gonna get away with this?! No, he won’t, because he is so obviously hiding something. Certainly, my concern kicks in because I always want him to feel safe sharing anything with me. (Anything! Do you hear me future teenager?!) So, what’s the best way for us parents to react when our young’uns start pushing the boundaries of truth-telling? Dr. Laura Markham helps us understand how to build trust in order to nip lying in the bud. – Laurel Moglen, Managing Web Editor, TMC

Is it developmentally appropriate for kids ages 3-6 to lie? Why do they do it?

Children lie for the same reason adults lie. They think it will help them, and they think it will make the other person feel better. So as they become aware of what lying is and that it can help them, a development that begins at age three or four, it makes perfect sense they will try it out. If the child perceives his lying as a helpful strategy, he will probably keep doing it.

Children usually learn lying from adults, because they go through a phase at about age three when they become aware of lying and are dismayed by adults’ willingness to lie. Adults lie often in front of children, for instance, to turn down a social invitation, end a call with a telemarketer, or compliment a haircut. In fact, parents often teach kids explicitly to lie, for instance to tell Aunt Sally they like her gift or what a good time they had. Children don’t distinguish for a long time between those lies — what adults would call “white lies” — and what adults would consider more serious lies, such as those that kids tell to evade punishment. In addition, young children feel lied to in situations that parents don’t see as lies at all, such as when the parent promises to take the child to the park but then doesn’t because it rains. That is perceived of by a child as just as bad a lie – as if the parent purposely deceived the child. So even while we tell them not to lie, our modeling is the stronger teacher.

But even if the adults in their life were scrupulously honest, children would probably discover lying on their own. Lying is actually a developmental achievement. In order to lie, a child has to be able to distinguish reality from fantasy, and also be able to understand that different people will perceive things differently depending on the information they have. Only about a third of three year-olds are developmentally capable of lying, but most four year-olds are.

Is lying ever just an age-appropriate blurring of reality?

Yes. Many three year-olds and some four year-olds really cannot tell the difference between what’s true (she ate the candy) and what they wish was true (the dog ate the candy).

Young children sometimes lie to test what’s real. For instance, my daughter at age three began to blame things on her imaginary friend Betsy. Now, I was perfectly willing to believe that a voice in my daughter’s head told her to be naughty, but I made it clear that no matter what Betsy told my daughter to do, my daughter was responsible for her own behavior. As soon as I repeated that a few times, Betsy no longer got the blame, although my daughter passionately believed in Betsy’s existence for another year.

Under what kind of circumstances should parents draw the line?

If by draw the line, you mean acknowledge that a child is lying, then parents should always do so. But not by punishing the child, which will just push her into becoming a better liar so you can’t catch her in a lie.

What we want, of course, is for the child to realize that the cost of lying is that it ruptures trust. Punishment does not accomplish this. In fact, what research shows is that punishment does NOT prevent more lying. Punishment teaches kids how to perfect their lying so they don’t get caught.

Virtually all five year-olds understand that lies are “wrong.” But they don’t understand why lies are wrong; most say it’s because they will be punished for lying. So punishing a child for lying actually reinforces the wrong lesson, focusing the child on the fact that lying is bad because it results in punishment.

So then how should parents react to obvious lying?

Offer your own version of reality: “You say maybe the lamp just fell off the table… I have never seen a lamp just fall… They don’t have legs to move themselves like we do!… But sometimes people knock lamps off tables when they play, right?”

Empathize with your child’s feelings: “Was it scary when the lamp fell? Were you worried about what I would say?”

Telling children that their telling us the truth makes us happy has been proven to dramatically reduce lying in children, much more than simply promising not to punish (although we need to do that, too).  After all, kids lie to us to make us happy!

Finally, explain to your child that lying breaks trust: “You and I are connected by thousands of little invisible strings of love… When we do something loving, it creates another string… But when we lie to each other, it cuts a string… That is why I never lie to you, I always keep my promises to you… And why it makes me so happy that you tell me the truth no matter what… I promise I will not yell or punish, no matter what the truth is.”

Now, you can’t say this if you ever lie to your child or don’t keep promises to your child;  those obviously undermine trust in the relationship anyway, and are bad habits to get into.

None of this will work if you can’t control your own emotions, and begin yelling at your child for her wrong-doing, or punish for wrong-doing. But neither of those strategies is effective at preventing future misbehavior anyway. Instead, take a deep breath and remind yourself that all children make mistakes. Then, set an empathic limit: “Lamps break…That’s why we don’t play ball in the house…the rule is ‘Throwing is for outside.’ How can I help you remember this in the future? Should we put the balls in an ‘Outside Only’ box with your sand toys and skates? Now, let’s work together to clean this up, and figure out how we can get a new lamp.”

If you’re positive about working with your child to make amends, you’re empowering her with the knowledge that she can make mistakes but make things better. She’ll come to you when she’s in trouble as she gets older, instead of lying to you. That’s what you want.

How do parents get to the bottom of why kids are lying?

Children lie to protect us from reality. If we’re mature about handling reality without lashing out at the child, they’re less likely to lie. In a home where children are punished for misbehaving, all children will lie. In a home where parents set empathic limits and work to help kids with their emotions so kids WANT to manage their behavior, and where parents accept that mistakes are just part of being human, kids won’t need to lie. And they usually won’t, because they so value the parent-child relationship.

As kids get older, if they have gotten in the habit of lying, they get better at it and use it more often. So teenagers will habitually lie rather than have a difficult conversation with a parent. But kids who are in the habit of working things out with parents to reach a win/win solution don’t need to lie. They know their relationship with their parents is based on trust, and that relationship is one of the most important things in their life. Those kids keep their agreements with us for the same reason we keep ours with them — we would never intentionally hurt each other. We tend to our relationship, we nurture it and make repairs when it frays, and we would no more betray each other by lying than we’d set fire to our house.

If lying seems to be a consistent problem, what should parents do about it?

Persistent lying is an indication of a rupture of trust in the parent-child relationship. This is usually caused by punishment. Stop punishing and start connecting (including helping the child with emotions), and the lying usually fades away.

Laura Markham, Ph.D., is the author of Peaceful Parent, Happy Kids: How to Stop Yelling and Start Connecting. She earned her Ph.D. in Clinical Psychology from Columbia University and has worked as a parenting coach with countless parents across the English-speaking world, both in person and via phone. You can find Dr. Laura online at AhaParenting.com.

The Mother Company is on a mission to Help Parents Raise Good People. We do this with our children’s Emmy-winning television series, Ruby’s Studio, a series of preschool and early educational picture books, free teacher guides, music and more, all about social and emotional learning.
Posted in: Behavioral Issues, Expert Advice, Learn