Halloween and the Importance of Make-Believe 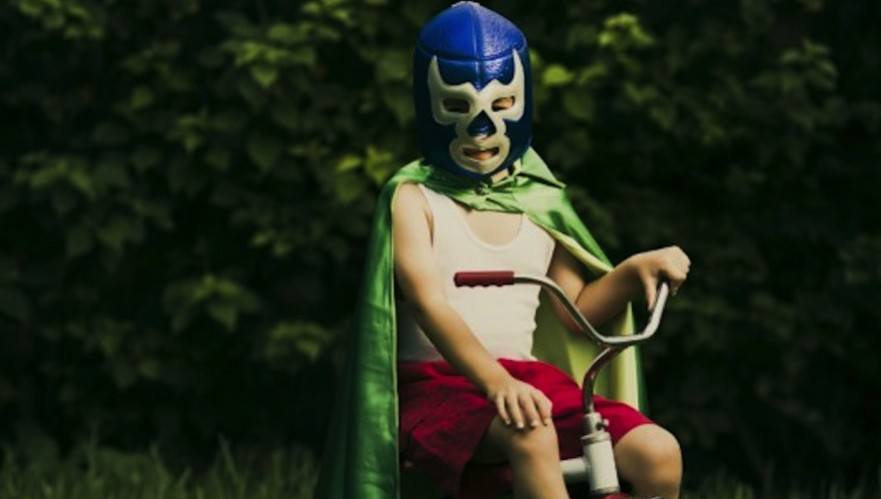 An interview with Dorothy Singer

My son is totally and completely obsessed with Halloween.  Given the frequency of Halloween decorations around our house no matter the season, a food delivery guy started asking, “is this The Halloween House?”  When my son’s preschool announced the kids weren’t allowed to wear costumes on Halloween at school, we joked that it was the ONE day of the year that he wouldn’t dress up.  While I love and admire his hugely active imagination and the stories and adventures he devises daily through this kind of play, I’ve also wondered what is at the root of his deep desire to pretend to be someone else?  And what does it mean when he so often wants to play the bad guy?  We asked esteemed Yale researcher and author, Dorothy G. Singer, to shed a little light on the purpose of make-believe.  — Sam Kurtzman-Counter, TMC President

Why do children like imaginative play, make-believe and dress up?

Young kids are drawn to imaginative play because it gives them the opportunity to explore all the grown-up roles they observe all around them. This helps them to “try on” identities and get a better sense of who they are in the world. Playing other people empowers young children and gives them a sense of the real world, which makes them feel more in control of their surroundings and internal life.

Research points to children as young as 18 months playing make-believe. (For example, when they feed their teddy bear.) The peak years of this kind of imaginative play is 3-5 years old. It’s interesting to note that research also reports that most schizophrenics did not engage in imaginative play when they were children. They had less practice in differentiation of what is real  from fantasy. When children play make-believe, notice they often say,  “ Let’s pretend,” or “Let’s make-believe.”

How do young children benefit from dressing-up and playing other people?

When you try on another role, you begin to empathize with other people. Supernatural figures or royal characters are alluring to young kids because they are larger-than-life. This connects easily to a child’s inclination to see the world as big and dramatic. While pretending to be other people, they are becoming more imaginative, more creative, and expanding their vocabulary. They are getting a sense of time and place. It also helps them understand process and sequence. If a child is playing a letter carrier, the child has to sequence the actions of this profession, e.g. You have to get the letters out and put them in the bag, then you have to deliver the letters. Children get a better understanding of logistics. When playing a superhero, little kids, so accustomed to (literally) looking up at people, get the chance to tell other people what to do, or save the day. The child is then imbued with powerful characteristics — a nice change of pace for them.

Why are some kids fixated on playing villains or bad guys?

When children are scared of mean people, through the process of playing them, they get a sense of control over their fears. Puppets are an especially effective way to play villains. There’s a certain kind of mastery children need – since they tend to feel as if they’re always in a state of flux. They like to feel they are competent in a dangerous world.  Of course, they need their parents to make them feel truly safe. When children play the bad guy, it puts distance between them and their fears and offers them control. They therefore feel less frightened because they are imposing the fear, not receiving it. In general, children are really susceptible to fear, so when they choose to play mean or scary characters, they are steering themselves into the world of fantasy, navigating in and out of imagination.

How can we help our children, terrified by the scary images displayed during Halloween season, understand the difference between real and make-believe?

What are a few games parents can play with their children to foster make-believe?

What purpose, socially-emotionally, is there in imaginative play for children?

Dorothy G. Singer is Senior Research Scientist in the Psychology Department at Yale University, where she co-directs the Yale Family Television Research and Consultation Center. She has written several books including, The House of Make-Believe, Children’s Play and the Developing Imagination,  Imagination and Play in the Electronic Age, and Make-Believe: Games and Activities for Imaginative Play.

This article was originally published October 25, 2012.

The Mother Company aims to support parents and their children, providing thought-provoking web content and products based in social and emotional learning for children ages 3-6. Check out the first episode of our Emmy winning children’s series, “Ruby’s Studio” along with our beautiful children’s books, music, and more.  We want to be a truly helpful parenting tool… For you!