From Mad Men to Modern Motherhood 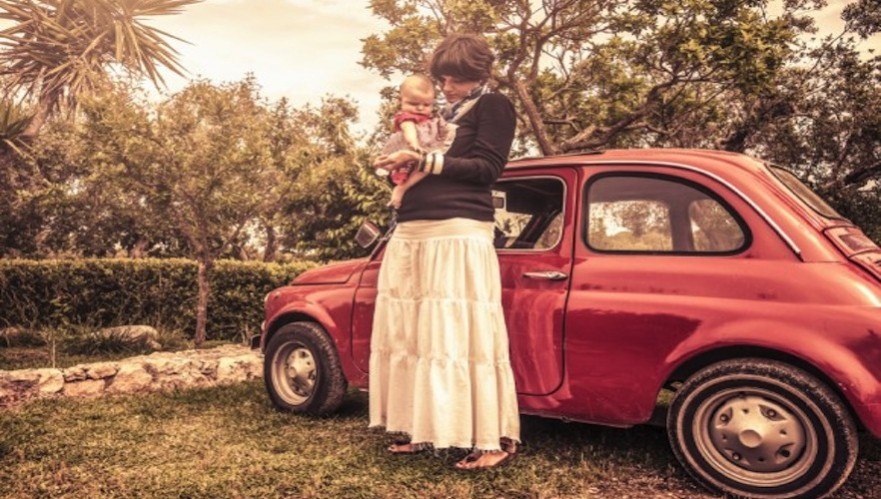 An interview with Michelle Janning

When my mom and I stroll through a bookstore, and come upon an entire section of tomes devoted to parenting methodology, she is baffled. She tells me all she and her friends had for guidance was Dr. Spock. The difference in parenting resources between our mother’s generation and ours isn’t the only thing that sets us apart. What about discipline style? Community? Childcare availability? Culture? Michelle Janning, Senior Research Fellow with the Council on Contemporary Families and Associate Professor of sociology at Whitman College, has research-backed insight into the parenting differences between mom’s generation and ours. – Laurel Moglen, Managing Web Editor, TMC

What kind of parenting resources did mothers of the 60’s/70’s have compared to today’s mothers?

We see an increase in parenting resources today, in the form of self-help books, expert guides to raising children (my husband and I alternated between the medical research-based book and the “baby-whisperer” book), online resources (such as yours!), parenting classes in school districts and via non-profit organizations, mandated parenting resources for controversial court cases where children need assistance, and an increase in the availability of degrees and certifications in early childhood education programs (which used to be housed under the auspices of home economics. My mom majored in home ec, graduated in 1962, and then became our Minnesota town’s first director of a new Early Childhood Education program).  But with this increase, we also see a gap between those who can and cannot afford to use the resources, which often take time and money to access.  And we see an increase in the pressure that mothers feel to fit into an idealized form of motherhood that is sometimes presented in these kinds of resources.  What is good that is happening is that parenting classes and other resources include advice about how to set realistic goals as parents, in order to combat the power of those ideals.

How has community between mothers changed?

Formal and informal groups of mothers have gathered for years and years to share stories and advice about their motherhood roles.  What has changed is the location and make-up of this kind of community:  moms’ groups are around, groups of mothers may join informally at a particular workplace in order to find a collective set of ways to manage work and family. There’s also the increase in the number of dads’ groups resulting from more dads taking on primary parenting roles.

What about childcare options?

I’d say this is really dependent on where you live and what you can afford.  I live in a rural area, and finding infant care is nearly impossible, which makes parents piece together child care in ways that make work success challenging. It’s also expensive, since we don’t have much in the way of subsidies for families whose children are in child care centers. But it is true that there are more types of child care available than in the past. The variation in quality is huge in the U.S., where much of it is privatized. So parents have more choice about the type of child care they may want, but whether they can access it depends on where they live and whether they can afford it. Of course, since women have increased their participation in the paid workforce, there is less stigma attached to having children in paid child care settings, and men have increased their participation in the home. But these trends have not happened at the same pace (men have not picked up the share of domestic responsibilities at the same rate that women have picked up the share of wage-earning responsibilities).  As a result, care work in the home is still more likely to fall into the hands of women. However, now women are more likely to be paid caregivers in child care centers or in-home daycare than used to be the case.  And these caregivers are often not paid well relative to the median income in the U.S.

How about discipline styles?

Yes, this has changed, at least in terms of the type of parenting and discipline style that is most favored by early learning experts.  Diane Baumrind’s work a few decades ago, as well as more contemporary models of parenting (e.g., Love and Logic) provided a basis for the model of today’s authoritative parenting — not too permissive, and not too authoritarian.  Authoritative parenting suggests children are participants in the discussion about expectations, responsibilities, and any discipline that may occur.  Parents have authority, but children are treated as partners in the process, often included in parenting deliberations, in order to build self-esteem in the child.  For example, using time-outs where children are to reflect on what they’ve done and how it could be prevented in the future, demonstrates their participation in the process.  Also, researchers have suggested that focusing on children’s behaviors as problematic, rather than on them as problematic beings, is the preferred focus for parents.  Spanking is not universally viewed as problematic or non-problematic, but authoritative parenting would suggest that if spanking is used, it needs to be paired with concrete connection to a specific action that a child has done, and it must not be done in such a way that the parent is doing it out of anger. The authoritative approach is relatively new compared to the 60’s/70’s.  During the 60’s/70’s parents were more likely to perceive themselves the authority figure, above kids, that kids were to listen to and obey directives from parents, and that the definition of care for kids included emotional care but more emphasis on respect. This was challenged by young people in the civil rights movement and other movements wherein authority was challenged.  Also, parenting was more clearly women’s work.

Digging a little deeper, what about parenting styles?

Annette Lareau wrote a book called Unequal Childhoods, where she discusses different parenting styles that relate, at least to some extent, to social class. For middle class families, we see an increased emphasis on something she calls “concerted cultivation” — cultivating skills and habits in children that will serve them well later in their educational and work paths. Ensuring that kids are scheduled in multiple activities, managing full calendars, knowing how to communicate with authority figures, being really involved in children’s lives (where the negative term “helicopter parent” comes from) and structuring children’s lives to fit it all in. All this to serve to get children used to life in college and the workplace, especially if they seek professional or managerial careers.  Children whose parents are less able to afford time and money for scheduled (and sometimes expensive) activities such as sports, camps, arts, or other enrichment programs foster what Lareau calls “the development of natural growth” — where kids have more free time and more independence, but perhaps less opportunity for experiences that lead to school and work success.  If you think about change over time, independence and freedom for kids (riding bikes in the neighborhood, having free time after school, playing in unstructured settings as opposed to having “play dates”) is something that people who grew up in the 1970s or earlier would say they had more than today’s kids have.  Now whether kids have this kind of independence and freedom seems to be more related to social class.

In general, how are kids today experiencing childhood differently from kids back then?

I see two big areas where childhood has changed:  technological consumption and safety.  Partly because parents are more likely than in the past to have both parents working, and because the acquisition of “stuff” so saturates our society, the amount of toys and technological devices that children have and use has increased tremendously.  Some argue this relates to increased childhood obesity. Some argue this relates to children’s decreased abilities to effectively communicate in written or oral forms.  Some argue that children are actually better off because they have learned better multi-tasking skills than their parents have, and they see how solutions to problems can come from using technology in creative ways.  In any case, technology has changed childhood.  In terms of safety, and based on my observational experience in Copenhagen, Denmark for six months last year, parents in the U.S. (relative to Scandinavian and other countries today, AND relative to the past in our own country) are more FEARFUL for their children’s well-being than previous generations.  Heightened media focus on tragedies that involve children creates a culture in which fear is more common than trust in a community.  I believe it also affects parents’ desires to control their children’s use of time (see concerted cultivation above) than in the past.

In general how was motherhood perceived back then compared to now?

In short, fathers are doing more, but mothers still attach more guilt to not performing traditional roles, and are still scrutinized about their combinations of career and motherhood.  My co-author Helen Brambrink and I have an article coming out this year in the Journal of Family Issues, wherein we interviewed parents about their management of family photographs.  Everyone we studied felt overwhelmed with how to manage their tens of thousands of digital photos. Young fathers were more likely than older fathers to participate in family photo taking, management, and sharing.  But mothers were more likely than fathers to feel the responsibility to manage the taking, organizing, and sharing of family photos because they saw it as part of the duties associated with motherhood.  They see these as duties because they feel pressure from different places (e.g., media, friends, work colleagues, and themselves) to fulfill them.  Here, then, in this kind of family experience, we see a lag between the actions related to parenting and family roles (dads doing more) and the attitudes related to parenting and family roles (moms still feeling more pressure).

If you had a crystal ball, how do you think the next generation of mother’s will be emotionally different than ours? Will they feel as much of the guilt, and sense of responsibility as we do?

First, ideological change — specifically, whether gender role expectations will change. As long as women are socialized into being primary parents more so than men, when that role is not fulfilled there may be feelings of guilt.  Second, structural change — whether workplaces will become increasingly flexible with regard to parental leave, flex time, creative use of work space, and innovative ways to figure out productivity (besides face time).  These factors will affect whether parents feel as if their parenting and work roles are in conflict.  And third, the future (at least for heterosexual women) will very much be affected at the interpersonal level — whether fathers or male partners continue to increase their involvement in child care out of desire to be involved parents.  I think the next generation of fathers will be more likely than their fathers to feel guilty if they are not able to be involved parents. But I also think that women’s sense of guilt will depend on whether their partners share the parenting responsibilities.

Michelle Janning is Senior Research Fellow with the Council on Contemporary Families and Associate Professor of sociology at Whitman College. Her most recent research has been in the areas of popular culture representation of families, gender and home decorating television, motherhood and family photo management, early learning, and divorce and material culture. You can check out her blog, Mellem (danish for, “between”). She has a nine year old son.