Motherhood Wisdom From the Women’s Movement 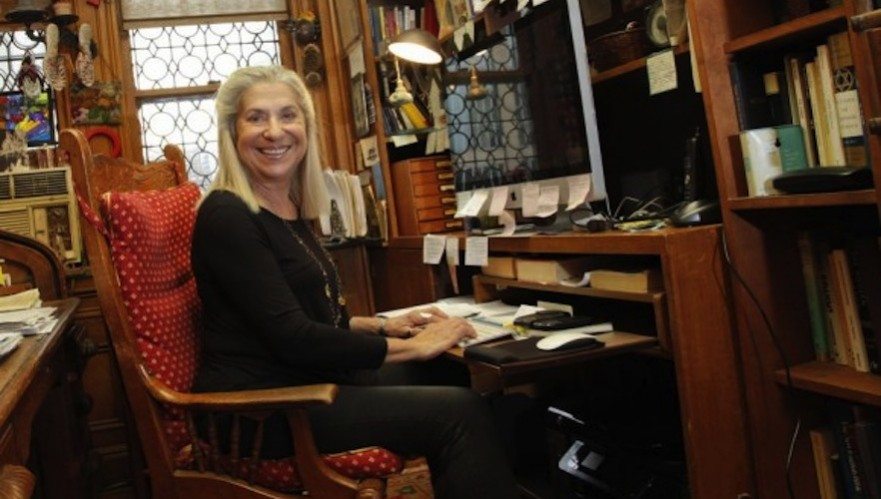 The culture of motherhood in the 60s was pink and perfect. All women were supposed to have happy husbands, cheerful children, and sparkling linoleum. If we worked outside the home, we were supposed to do it all without complaint and without making demands on our children’s fathers. I sometimes used to come home from work at lunchtime to prepare dinner so my family would be able to eat together without waiting for me to cook it at the end of the workday.

There was pressure from all sides to be a stay-home mom and if you weren’t happy with full-time mothering, something was wrong with you. I remember being at a New Years Eve party in 1968 and being challenged by a group of stay-home mothers who were the wives of my husband’s college friends. They outright excoriated me for going out to work and “leaving” my three children saying, “They’re going to be scarred by your absence,” “You’re going to miss all the key moments in their development,” “A caregiver can never give children what a mother can!” “Why did you have kids if you didn’t want to raise them?”

I defended myself on various grounds, but most notably, I remember saying, “I wouldn’t be happy if I didn’t have work of my own and if I weren’t happy, I wouldn’t be a good mother. I’d be resentful and frustrated. Because I feel my life is in balance, when I’m with my kids, I can relate to them with full energy, attention, and pleasure.”  The women poo-pooed my answers but several years later, when feminism hit big, they all either went to work or left their husbands. A few even apologized for that evening in 1968. (Parenthetically, all three of my children turned out beautifully and they all became parents themselves, which is how I’m lucky enough to have six stellar grandchildren.)

(Referencing today’s mothers) I don’t have access to a large sampling of mothers and I’m not a social scientist or a pollster but my sense is that motherhood is more fraught and challenging than it was in the 60s and 70s.  Expectations of perfection in mothering have been ratcheted up, the media has fed into the frenzy of competitive mothering, and the stresses on women have increased exponentially due to the economic downturn and the demands of technology.  (As we used to say in the early days of the women’s movement: ‘what every mother needs is a wife.’ )

Many women work long hours on two jobs — a paid job, which often exceeds a 9 to 5 schedule, and the unpaid job of fulfilling family responsibilities.  Further, In today’s world, there are many more single mothers holding it all together without a partner to share the burdens or the wage-earning.  As for technology, on the one hand, it has connected mothers and allowed them to share their experiences and advice via blogs, Twitter, and Facebook, which is a good thing.  On the other hand, it has added a new layer of musts and shoulds, as mothers feel the pressure to keep in constant touch with their friends and constituencies, stay abreast of the next big thing, and monitor their kids’ time, and use of electronics and the internet.

Bottom line: mothers of the 21st century need child care, more time to themselves and more respect than is accorded to them just one day a year.

During those years, the notion of motherhood was fraught, to say the least. Much of what we in the women’s movement were rebelling against was the role of mother as we had experienced it growing up.  We were very hard on our own mothers who were, in truth, victims as well as examples of the “Father Knows Best” mystique of family life in the fifties. When we became mothers, we were determined to give our children more reality, more freedom and more choices. Although we may have been involved in our work and spent less time with them, we believed it was “quality time.” We hoped the model of mother we were providing  was a more self-fulfilled woman who was engaged in the world and building an egalitarian family structure. Needless to say it didn’t always work out that way, but we did raise children who understand what we were aiming for and who are connected to us in comfortable and honest ways – a very different relationship  from the one we had with our parents.  As parents, though, they seem to see family life as less a work in progress and more a top priority. For them, a parent – still usually mother – at home with the children is a cornerstone of family life. They are making real choices which is what we raised them to do, even if they are rejecting some of the choices we made.

Letty Cottin Pogrebin is a founding editor of Ms. magazine and the author of ten books, including Growing Up Free, a guide to nonsexist childrearing (1980), and most recently, How to be a Friend to a Friend that’s Sick (April, 2013).

Suzanne Braun Levine was the first editor of Ms. magazine (1972-1988) and editor of the Columbia Journalism Review. She reports on the ongoing changes in women’s lives in her books, on television, radio, lectures and on her website. Her first e-book: You Gotta Have Girlfriends: A Post-Fifty Posse Is Good For Your Health  is the fourth chapter in her on-going celebration of women in second adulthood which she began with Inventing the Rest of Our Lives.