Why You Need to Talk to your Kids about Race 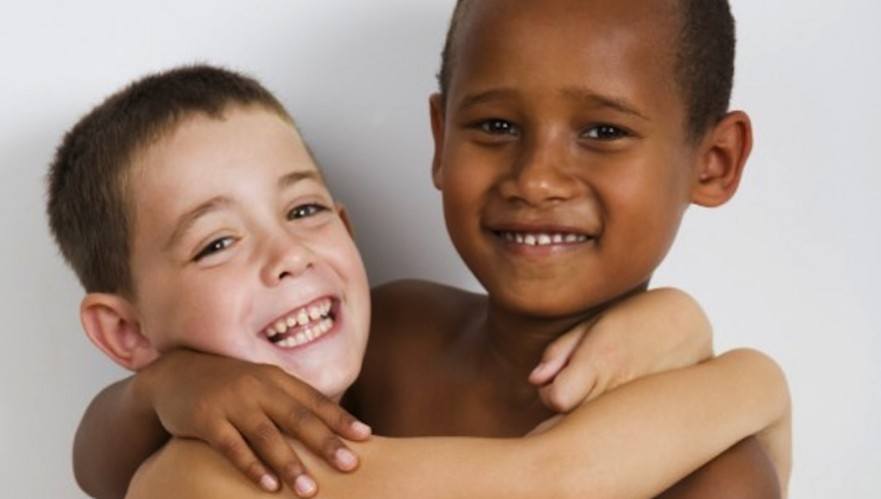 Do you talk to your children about race? If you’re like many parents, you might shy away from the topic, thinking your little ones are too young to understand. Or, maybe you don’t want to call attention to skin color in hopes they’ll learn to value everyone equally. But increasingly, experts say talking openly with children about race is the best way to foster open-mindedness about diversity.

When my oldest son was two, we had a new babysitter. She came highly recommended by a friend, was kind and sat on the ground playing Thomas trains with my rambunctious boy. But my son cried every time she came over. As I asked him over and over what exactly made him uncomfortable about the babysitter, he reluctantly expressed some of the usual toddler worries: that I leave every time she comes over, was she going to replace me? Then, one day, as we were talking about the sitter, he mentioned something that made me cringe.

“She has chocolate all over her skin!”

Was my two-year-old… a racist?

No, my son was not prejudiced, he was simply trying to understand why the baby sitter had such different skin, hair, features – even speech – than himself, his mother or his father. Research has shown young children notice racial features very early on. In fact, researchers Phyllis Katz and Jennifer Koftkin found that babies as young as six to 18 months old will look at the faces of a person of a different race longer than at someone like themselves.

In a 2012 report from Harvard Business School, Professor Michael I. Norton finds that ignoring race in the interests of being “colorblind” most often serves to perpetuate bias, rather than eliminating it, and by the time many kids reach the age of ten, they  have already internalized the idea they shouldn’t notice or talk about race.

But how do you start? Like every other topic, you begin by telling kids age-appropriate information when they start asking questions. Since we are a mixed-race (Asian and white) family, we started talking to our sons about race and ethnicity as soon as they could notice that Mommy (and all her relatives) have straight black hair and olive complexions, while Daddy (and his family) had wavy brown hair and fair skin. And when we didn’t talk about the things we saw around us, the kids drew their own – not always accurate – conclusions.

For many families, particularly African-American, talking frankly about race is a necessity; since the shooting of Trayvon Martin, many black parents have written about teaching their sons about how to stay safe in light of racial profiling. But parents of all ethnicities – black, white, Latino, Asian, Native American, as well as the increasing numbers of multiracials – should talk to their children about race.

When our kids ask questions about racial identity, we need to remove shock and stigma from the conversation. Think about the way bodily parts were referred to in your childhood: did you refer them by vague euphemisms such as “privates” or “down there”… or not at all? What about the way bullying was talked about? Our generation of parents has come a long way in communicating openly and without shame about sexuality, stranger danger and bullying. In the same way, we need to give our children the opportunities and the right vocabulary to talk about race.  Noticing physical characteristics and cultural variations is not a bad thing; we can talk about race productively if we take away the shame and judgment.

If we can openly discuss differences in physical characteristics and culture with our preschoolers, we can tackle the more complicated dialogues about discrimination and social justice when they are older. The next generation will grow up in a nation that is even more diverse than it is now. We wouldn’t expect our kids to just figure out the birds and the bees; neither should we expect them to just navigate the increasingly complex world of race relations without guidance.

I was heartened when I overheard a conversation between two elementary school aged boys at a birthday party:

The road to multiculturalism won’t necessarily be a smooth one, but as parents we can do our part to help it get better.

Grace Hwang Lynch is a writer, consultant, and mom based in the San Francisco Bay Area. She blogs about Asian fusion family and food at HapaMama.