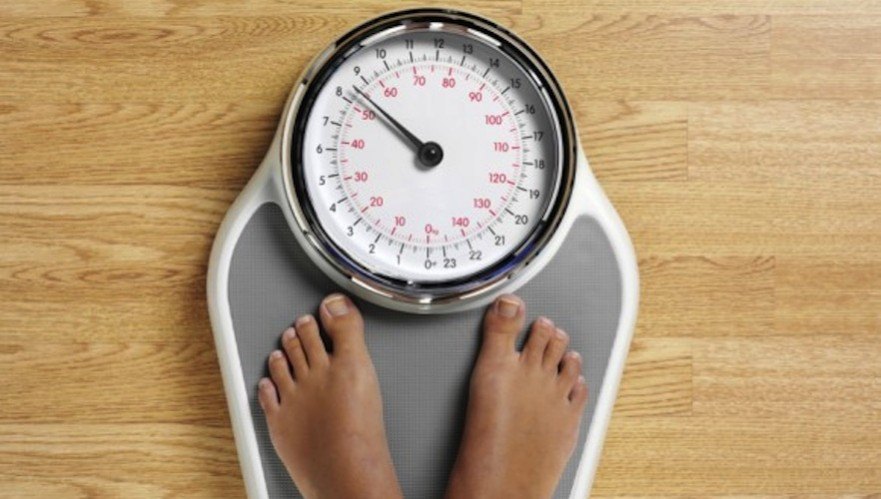 After suiting up in their bathing suits, my daughter’s friend turned to her mom and asked, “Mom?  Do I look fat in this?” The little girl was four years old.  Younger and younger our children are being subjected to the cultural expectations about beauty and slimness.  And frankly I think it’s toxic.  So we turned to Dr. Robyn Silverman to see what we could do to parent around it better. — Abbie Schiller, CEO and Founder, TMC

An interview with Dr. Robyn Silverman by Laurel Moglen

According to a University of Central Florida study, 50% of  the 121 3-6 year-old girls studied worried they were too fat. How is this disturbing message seeping into our daughters’ young brains, and what can we do about it?  Dr. Robyn Silverman, author of “Good Girls Don’t Get Fat” gives us some tips on how to shift the weight paradigm at a young age. — Laurel Moglen, Managing Web Editor, TMC

What’s going on in our culture that many 3-6 year girls are already self-conscious about their weight?

There are a few things happening:

•Media is really pervasive. It’s everywhere — on the billboards, the magazines, on the internet, on TV – and it’s 24/7. It used to be that there were specific times when you had media in your face. But now – with TV, videos, and internet it’s very hard to shut it out.

•Girls aren’t the only ones saturated with media. It’s their family, friends, teachers, and coaches. When everybody is bombarded with the same message, that message will be reflected back. It’s the attitudes and messages coming from all these individuals that have great influence on young girls. The specific message I’m talking about is that gaining weight of any kind is bad, and being skinny – even if it is unhealthy – is good.

•Girls see the “Thin is Good” message everywhere. Cartoon characters are thin, mannequins are thin, the models in magazines are thin – and they are praised for it. Furthermore, if someone in the media is not thin or gained a few pounds, they are berated for gaining weight, even when their weight gain is healthy and normal. The message is that being thin for thin’s sake is good.

Can you give a few examples of moms sending detrimental direct and indirect messages to their daughters?

More than media, the people closest to our daughters have the most impact on them in terms of influencing their view of themselves and the world. Moms have very profound impact when they say, “I’m fat,” “You’re fat,” “You look chubby in that,” etc.

But it’s also what the moms say about themselves. Sometimes it requires moms to do a little digging to discover if they are sending indirect or unintended messages to their girls. Some examples: “You don’t want to look like mommy,” or “You don’t want to make those same mistakes mommy made by getting fat and looking like this.” That has a huge impact, because your child looks to you and thinks, “That’s my mommy, someone I love, and she doesn’t think very much of herself, and maybe I shouldn’t like myself either.”  It’s also very common for people to tell girls they look so much like their mother. If mom is sending messages that she doesn’t like the way she looks, then her daughter indirectly gets the message that she herself is unattractive too. Indirect messages are also sent when moms look into the mirror and say nothing at all but, for example, pinch an inch, or maybe moms pull the skin back on their thighs to make their legs look more slender.

Another example that people don’t realize can be harmful is when we send compliments to our daughters, like, “Oh I wish I had your belly. It’s so flat.” Sure, it’s a compliment, but the mom is also denigrating her own body in front of her child – sending a message of self-disrespect and making it clear that keeping that belly flat is very, very important to her self-worth.

It might not come very naturally to moms to take note of the messages they are sending to their daughters – both direct and indirect. It takes time to get aware, especially if a mom has been telling these messages to herself for a long time. This is understandable because women and girls have been told they should not say anything positive about themselves because they can be perceived as boastful. Most often, girls and women are taught to say negative things about themselves and wait for someone else to build them up.

We must change the dialogue and the expectations of dialogue if we are going to help our daughters put an end to this kind of “fat talk.”

It’s supposed to take 21 days to make a habit, so maybe moms and daughters can start telling each other three positive things about themselves every day – like how they positively affected someone’s life for the better, made someone smile, kicked a ball into a goal or made a friend feel better. In time, maybe it will become more natural to them – and grow to be a healthy habit.

Should moms avoid saying anything complimentary about their daughters’ looks?

No, no. You can tell your daughter she’s beautiful – it just shouldn’t be the only thing moms and dads say. Parents should say a variety of things that shed a positive light on the way their daughters shine. But if, for example, a girl comes out in a t-shirt  that is clearly too small and too short for her, we don’t want to make the problem out to be her body but rather about the clothes. If we tell her that she’s too big for the shirt, rather than the shirt has become too small, we are drawing attention to her body in a negative way. What we want to say is, “I think you are growing so strong and healthy – so beautifully – but this shirt is from when you were a little girl. How about you get that great shirt out of your closet that we bought you last week?” Keep the focus on the clothes, not the girl.

How do dads play a part in their girls’ body image?

A lot of fathers believe their influence isn’t as deep or important as a mother’s influence, and it’s simply not true. Fathers are the template girls use for how they think boys perceive them. Fathers need to be careful about what they say. A lot of fathers, in an attempt to connect with their daughters, will make jokes or call them funny names. Sometimes this is okay, and sometimes this is not okay. There are certain hot buttons that should never be touched, and one of them has to do with weight. Nicknames like “Chunky-Monkey,” or “My little piggy” were some of the names girls told me their fathers used when I was researching my book, and they were very upset by them. Perhaps people think they are cute when the girls are infants. But as a child is growing up, those kind of names can stick with them, even if the child is a string bean it can still impact their self-perception and make them focus and pick apart their bodies. Also, I suggest nixing comparisons – “Oh, she is so much bigger than her brother.” Comparisons can make both siblings feel awkward or upset. Finally, fathers should be aware of all their daughters’ different strengths. So, a father might say, “You look so beautiful today, and I also love the way you cleaned up all your toys, and were so nice to your friend on the playdate.” Yes, of course you can tell your daughter you think she is beautiful, but you also need to emphasize the variety of ways in which she is special – and that she is someone that contributes to life in so many amazing, beautiful ways.

The Mother Company aims to support parents and their children, providing thought-provoking web content and products based in social and emotional learning for children ages 3-6. Check out the first episode of our DVD series,“Ruby’s Studio: The Feelings Show,” which helps young children understand and express their feelings. We want to be a parenting tool – for you!