Guide and Step Aside – Fostering Independence 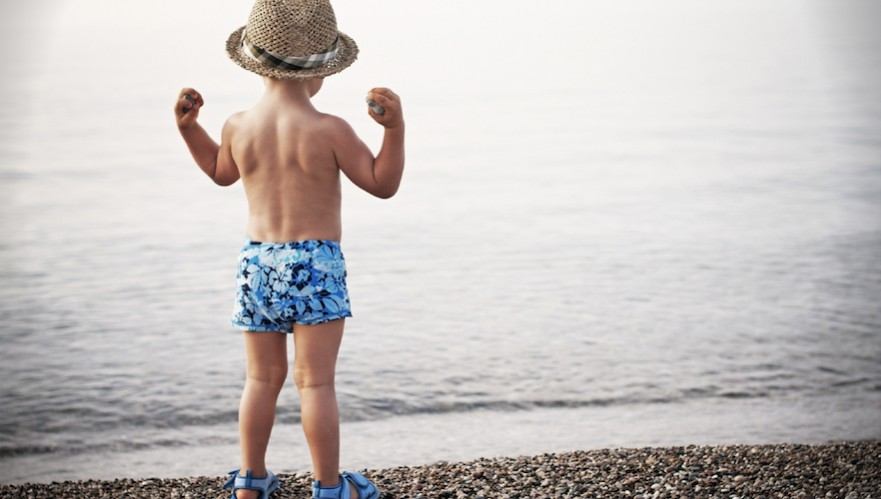 An interview with Louis Lichtman, Ph.D.

While it used to be that children were seen and not heard, in today’s modern family they tend to be heard, and heard — a lot. It’s a daunting line we modern parents have to walk: we respect our kids’ voice, but we still have to draw clear boundaries for acceptable behavior. Many child development experts agree that listening to our children, and valuing what they have to say is a huge part of fostering their independence. A self-directed kid has an internal compass that will guide them when the going gets tough, instead of looking to Mom or Dad for approval or guidance. Louis Lichtman, author of A Practical Guide for Raising a Self-Directed and Caring Child, holds our hand (for a second!), showing us how to lead our children down the path of true independence. — Laurel Moglen, Managing Web Editor, TMC

What’s the basic description of a self-directed or independent kid?

What kind of home environment best sets-up kids to be independent?

The single most important thing parents can do to encourage children to become self-directed is to guide and step aside. If a child is young, parents should point out the advantages and disadvantages of any decision the child is pondering, and then step aside (unless health or safety is at risk) and let the child make the decision. When the child gets older, parents should let the child know that they would be happy to discuss any decision that the child is contemplating, but wait until the child seeks their advice to provide guidance. Many parents find this extremely difficult to do because they worry that their child will not make the best decisions. Parents need to remember that practice makes perfect. If they encourage children when they are young to make their own decisions, they will be much more capable of making good decisions when they are older, and when their decisions are more likely to have serious consequences.

Giving a weekly allowance is one way to provide children with opportunities to make decisions. Once a child understands how to count and make change (generally around the age of 5 or 6) an allowance can be started. Until the child gets older, parents should provide some guidance regarding how the allowance is spent. For example, if the child is thinking about buying something, the parents can point out what they see as the advantages and disadvantages of the purchase, but after the guidance is provided, the parents should step aside and let the child decide whether or not to buy the item. Children who don’t get an allowance are placed in a position where they have to ask their parents for money any time they would like to buy something. In that case, the parent is the one making the decisions and the child is of course being parent-controlled, rather than learning how to make their own decisions and becoming self-controlled.

How do parents encourage introspection in their children?

The best way for parents to help children learn how to become self-reflective is through modeling (leading by example). Parents need to take time to share with their children some of their own thinking, as well as some of what they are experiencing emotionally. This will help children learn how to become introspective as well as empathetic. It is also part of the process of teaching children values. For example, if a parent receives too much change from a cashier, in addition to returning the extra money, it is important for the parent to take the time to explain to the child why they are returning the money, how they might feel if they kept the extra change, and the financial and emotional consequences that the cashier might experience should they not have returned the money.

Another way parents can model self-reflection is by apologizing to a child if they have done something to the child that they regret. A good apology includes explaining why you did what you did, why it was wrong, and how you plan to more appropriately deal with any similar situations should they occur.

A critical part of introspection is encouraging children to express their feelings. Once their feelings are expressed, parents need to acknowledge and respect them, not deny or criticize them. For example, if a child says that he/she is tired, a parent shouldn’t say “You can’t possibly be tired, you woke up from a long nap just 15 minutes ago.” Rather, a parent might say, “I’m sorry you are still feeling tired, do you think you might be getting sick?” If a child says “You love my little sister more than you love me,” a parent shouldn’t say “Don’t let me ever hear you say that again, I love you both the same amount.” A parent could say, “It must be awful to feel that way. Tell me more about why you are feeling that way.”

What about discipline? How can parents do it, but still maintain the child’s independence?

Discipline has a huge impact on whether children become self-directed or parent-directed. Most parents see discipline as the use of punishment to prevent the recurrence of bad or undesirable behavior (i.e. the child will not repeat the misbehavior because the child will not want to experience the punishment again). Parents who view discipline in this manner are likely to have obedient children in situations where a parent is present, or the children believe a parent will be informed if any misbehavior occurs. However, in situations where no authority figure is present, and there will likely be no fear of being caught and punished, there is little reason for the child not to engage in the misbehavior. Hence, when punishment is the main form of discipline, the child is being controlled by the person who administers the punishment, and is not self-controlled.

The goal of discipline should be the teaching of values. This is so that a child will not repeat misbehavior (such as lying or stealing) because the child believes that the misbehavior is wrong, not because he or she fears punishment. Values are best taught by modeling and many parent-child discussions, and not by punishment. Once children learn values, their behavior will become self-directed, and not dependent on the presence of an authority figure. Parents who know that their children have developed a solid set of values will find it much easier to step aside, and let their children direct their own lives.

How can parents help their children deal with “failure” on their own?

In order to protect their children from experiencing “failure” many parents try to direct them toward activities that they’re good at, and away from activities that might challenge them. While this makes sense, since part of developing a positive sense of self is being successful, it is not good preparation for later life when children will likely have to confront things that are difficult, and in which they are below average. Once parents realize that it is important for their children to experience both success and “failure” it will be easier for them to step aside and let their children try things at which they will likely “fail.”

By explaining to children that all people, including their parents, have strengths and weaknesses and therefore experience successes and failures, it will be easier for children to accept and cope with their own “failures.” One way to accomplish this is to tell children stories about some of the challenges that you faced as a child that you were able to master and some at which you “failed.” When children realize that their parents were (and are) not perfect, they can more readily accept that they are not perfect. By the way, apologizing to children is another way for parents to convey that they are not perfect.

Louis Lichtman, PhD is a professor of psychology at Alfred University and author of A Practical Guide for Raising a Self-Directed and Caring Child. He and his wife have two grown daughters.