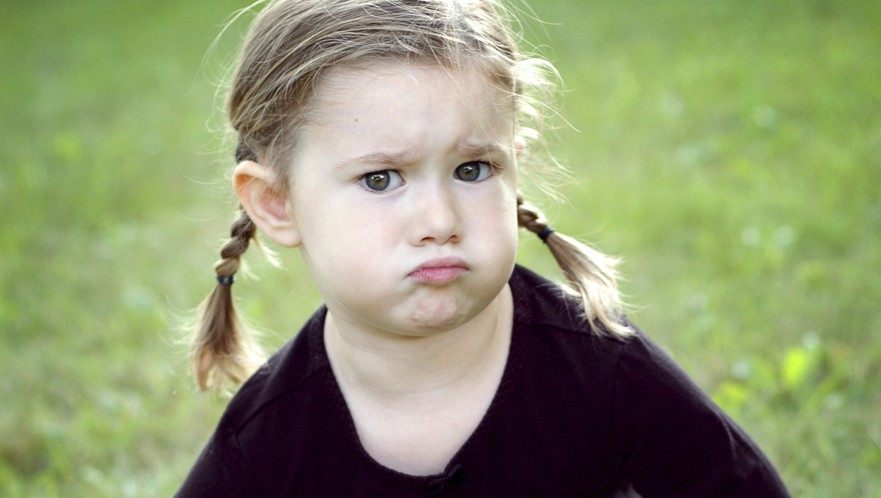 One of the toughest things for me as a parent is having to endure the wrath of my children when they don’t get what they want. Just saying the word “No” to my kids can turn a perfectly wonderful afternoon into a nightmare. As a result, I’m often tempted to give in just to restore the peace. But is this the best approach? I turned to acclaimed parenting guru and author Betsy Brown Braun to give me the low-down on how to say “No.” Turns out if you lay down the law your kids may thank you later. Read on to find out why.

Why is it so important to create clear boundaries and rules for our children?

Children are trying to figure out the extent of their reach – What are the rules of the road? What is ok and what is not ok? Does “No” sometimes mean “Yes?” They can’t figure it out unless there is a clear boundary. So, one reason that we say “No” is so the child will learn. There are 3 peaks all children have to scale in order to grow up and function in the world and often they involve hearing the word “No”:

But there are times when it’s just exhausting to say “No.” Can’t we give in ‘just this once?’

In our world today there are so many parents who work in addition to their work as parents, even ones who don’t get paid in addition to their work as parents — parents who volunteer, parents who have busy lives. We have much less time with our kids than parents used to. No one wants the time she spends with her kids be filled with arguing, fighting or just hearing the child’s fussing resulting from the child’s disappointment or frustration. So, for the parent it’s just easier to avoid conflict by giving in or doing what the child wants.Their precious time together will be more pleasant. This thinking is short sighted.

Can you expand on that? What kind of attributes are we cultivating in our children by always caving in to their demands?

Kids who aren’t given clear boundaries or ones who always get what they want are the kids who often have trouble playing nicely with others; they have a hard time socializing because they have never experienced being anything but king. They have a hard time keeping friends, a hard time interacting in groups, a hard time taking turns. They seldom know how to delay gratification; they want what they want when they want it, and they have a tough time in the world, interacting with others. Once children get beyond nursery school and kindergarten, the real world is not going to give them just what they want all the time or even most of the time. Their world is then full of disappointment, and they blame it on everyone else, not taking any responsibility themselves. These children aren’t able to look into themselves and say, ‘Gosh, this is happening because I wasn’t helpful or I didn’t give him a turn.’ They often see the world as being against them. A person’s ability to socialize, to interact with others cooperatively, to be part of a team, to be both leader and follower all grow out of his having learned to accept boundaries and to tolerate the frustrations that result from other’s needs and wants, in addition to his own, that he will no doubt encounter.

There are lots of ways there are better than a flat “No.” One way that we say “No” is by saying “Yes.” One of the things that I teach is that very often with our young children ( I’m talking about kids who might be 1-3 years old ), they don’t know what they should be doing, what is the right thing to do. You may think that the child is actively defying you, when it just may be about not knowing, about needing information. So, if your child is jumping on your brand new couch, and you don’t want him jumping on it, you would start by saying, “Do you feel like jumping? You can jump all you want on the bed. But don’t jump on the new couch.” We say “Yes” before we say “No,” “You really really want a cookie; I will put it right over here so you can have that cookie after dinner. Right now you can have carrots.” You are acknowledging what the child wants, and you’re saying “Yes,” that he will get what he wants…later! I’m not saying that will always work. I’m not even saying it will work half the time. But it is often better than a flat out NO!

What if I say “No” and then change my mind?

I don’t believe that you should say “No” to a child if there is a chance that you are going to change your mind and the “No” becomes a “Yes.” As a parent you need to be able to tolerate the reaction you’re going to get if you say “No,” a reaction which might be explosive. You are undermining yourself, your power, your boundaries if you change your “No” into a “Yes.” Of course, it’s ok sometimes to change your mind, but generally, children don’t understand how our minds work, what our reasoning is. So, keeping in mind that they are trying to figure out the rules and the ways of the world, to suddenly say “You know what? I changed my mind. I feel like doing that,” is not helpful to the child. That only teaches him that whining works, that “No” doesn’t really mean “No.” There is a lesson in everything whether you intend it or not. So, I would only say “No” when you are really prepared to FOLLOW THROUGH, to stick to your guns. If you’re not sure, then you can say, “I have to think about it, and I’ll see if I can make that happen or not.”

Is it possible to say “No” too much?

There is a downside to anything too much. I think that kids need to stretch. We don’t want to have little automatons. We want them to try stuff out and figure out that sometimes things are ok, and sometimes they aren’t. The downside to saying “No” too much is that the child stops trying and testing. Trying is really important – moving out, stretching his wings, challenging you, questioning authority – that stuff is good stuff…some of the time. And as they get older, instead of saying “No” right away, perhaps we would say to a 7 or an 8 year old, “Well, give me a good reason why you should do that or have that? ” or “Convince me.” We’re honing all kinds of skills, and if we just give an automatic “No” all the time, the parent becomes this giant thumb that keeps coming down on the child, squashing his very being.

Do you have any tips for parents who have become slaves to their child’s demands?

Yes, people like that are the ones who come to me and say, “I dug myself into this hole, what do I do?” And the first thing I do is I reassure parents that this is an issue that many parents have. I also explain that this mainly happens with a first child, not the second one. It’s part of learning how to be a parent. I let the parents off the hook a bit which makes them available to learning. I say, You can change this. It’s not going to be easy. But it’s not about your child alone. It’s about both of you.” Now, with some families it is about the child; some children are genuinely difficult or challenging. But still, in some way they have enabled that child, allowed the behavior to continue and given him the idea that the way he is behaving is just fine.

Setting these boundaries is really critical to your child’s well-being in the world. Children who have boundaries and limits feel safe. Children who do not, do not feel safe. They are reluctant to take risks or they even act out since there is no one in charge.  They think, “Who is going to stop me? I’m out of control.” Kids need to know that there is someone to stop them, that someone will take care of them. This is even true for teens…who also need boundaries!

I would say to that parent, “I will work with you on this. It’s going to be hard but you are short-sighted if you think this is going to go away if you do nothing.” Wherever there is a struggle, something really hard, it usually leads to a good outcome whether it’s for the child or the parent.