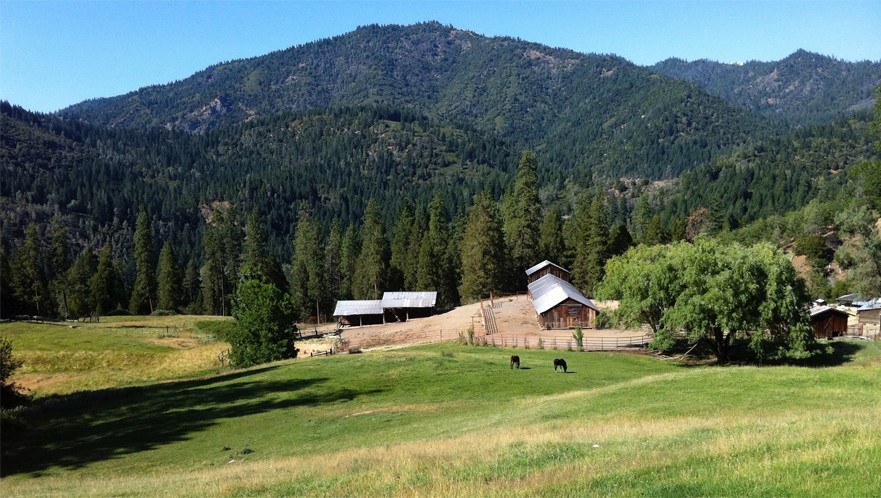 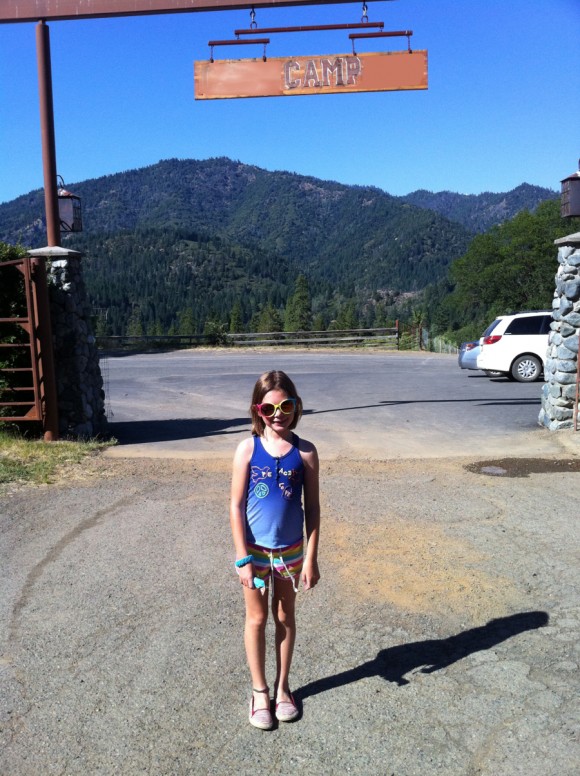 My seven year old girl spent six months trying to convince me she was ready to go to sleepaway camp. It all started after her 4000th viewing of The Parent Trap. Although, like most kids of divorced parents who see that movie and fantasize about getting their parents back together, my daughter who has parents who are still happily married, fantasized about the camp part.

“There’s no way I’m letting my seven-year-old go to sleep away camp,” I insisted.

“I’ll be eight and I’m ready,” she offered. Then I really let her have it with my list of “what ifs.” But she answered each one of them. She had already thought about each one. I started to cave.

“At least bring a friend,” I offered.

“No. I want to go alone,” she countered.

I had gone to sleep away camp as a kid and I am still friends with many of the people who shared those summers with me. My fond memories of camp songs, and group meals, and sleeping with bugs are part of my foundation as a person. I learned more in those summers about friendships – and eventually relationships – and coping, and caring – than I did during the school year because at camp there’s no distraction from academia. I learned about myself.

Kids today don’t have the freedom we did when we were growing up. They don’t ever get the “be home by dinner” because they’re supervised at everything. They don’t get a break from our supervision…and our constant worry. I realized, what my daughter was really fantasizing about was her independence. Freedom. She wanted to become untethered.

I understood that request. I approved of it. So, with a little research I found a sleep away camp about five hours away, run by a childhood friend of mine (who could keep a close watch for me). We booked. We paid. We packed. We started the journey. 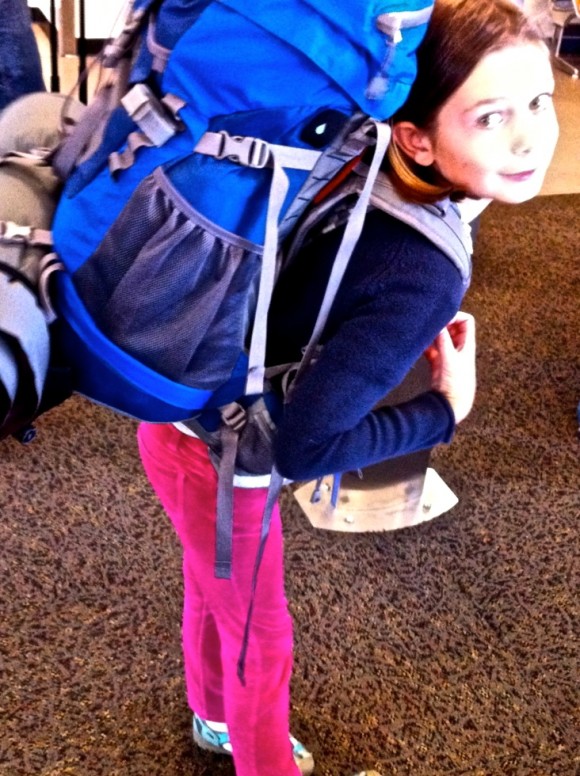 “Are you nervous? That’s normal, if you’re nervous,” I said.

“A little, I guess. I’m excited and scared too,” she admitted as we boarded the plane.

An hour later as we landed, I realized she wasn’t changing her mind. I was wondering if I was.

“Tell me again why you didn’t want to bring any friends up with you?” I asked.

“Mom! I want to meet new friends.” She was being so brave. But was she being stoic? Was it my job to coax out of her any insecurity and concern she might really be feeling? If so, I wanted to coax it out before we got there so I could help her address it. I wanted to be her hero just one more time before we said goodbye.

We rented a car and set off for what I thought was a 2-hour ride from the airport. Two hours later, I was double-checking my iMap. We still had another 100 miles. On switchback mountain roads. She would actually be a flight and a four and a half hour drive away from home.

“So… I think I underestimated how far this was from the airport,” and as soon as I said it, we both realized what it meant. There was NO coming to get her if she hated this experience. And there was no turning back for either of us. If she got sick, I wouldn’t be able to help her. If she broke a bone, she was going to the hospital with strangers. If a mass earthquake occurred, I would have to hope the camp had emergency supplies. My mind went crazy thinking of all the horrible things that could happen and not talking about them in obvious ways.

Instead I would say something like this, “You know…the first night will probably be the hardest. This transition of me dropping you off and you being in a new place might be hard,” and she would say “I think I’ll be okay.” I didn’t want her to cry but, I very much wanted her to confide in me if she had any apprehension.

Instead, she was steadfast in her need to have me let go. Who WAS this kid and has she always been like this? My mind went over her past eight years to moments where she let go of my hand first. Times when at the beach, as a toddler she went fearlessly charging towards the ocean. Her first days of school when she was fine with a quick hug and a “see you later.” She needed this. I needed to learn from it. I needed to let go. I needed to trust her to be okay.

We finally got to the camp and carried her huge duffel up to her “platform” – a wooden floor with no walls and a tin roof. She chose her bed. I started to unpack and organize. The other campers gave my kid an understanding glance. I took a few pictures for my husband who was anxiously awaiting any news. In the picture she looked different. I imagined her looking back at this one shot of her on her bed, laughing at her confidence. Or maybe being impressed by it? 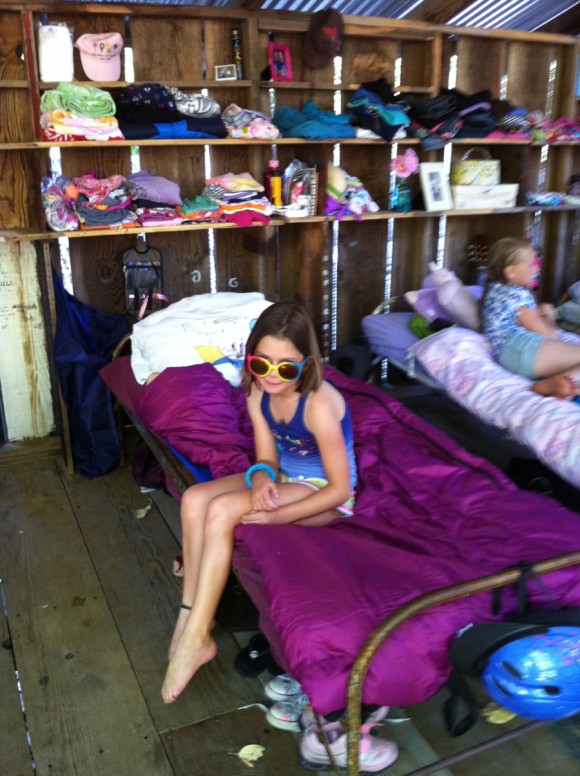 “Two weeks with no one telling you when to bring a sweater, when to brush teeth, or put on sunscreen or what to do,” I said. She smiled. I realized I was making it harder for her to say goodbye. Or maybe she wasn’t making it easier for me. It was hard to tell who was teaching whom what.

We went down to the main lawn with older campers playing guitars and singing, and returning campers screaming with glee and hugging. My daughter sat alone and I watched her from a distance. I had to let go. This is what she wanted. THIS is what she asked for. Trust her. A huge lump welled up in my throat as I promised myself I wouldn’t cry (until I got back to the car). My daughter sat alone.

Just when I didn’t think I could bear watching her alone another minute, a car pulled up and a family got out. A girl my daughter’s age started to unload her bags and my daughter rose and introduced herself. Together, they disappeared to the platform where I later learned that my daughter helped her unpack her bags.

We said our goodbyes – my daughter eager to become a camper and no longer the daughter of the nervous, lingering mother. I drove the switchback road extra carefully through my tears. The first night will be the hardest, I thought. Will she cry and have no one comfort her? Hopefully she’ll have a great time. And if not, she’ll get through it, build-up her resilience and learn more about herself. 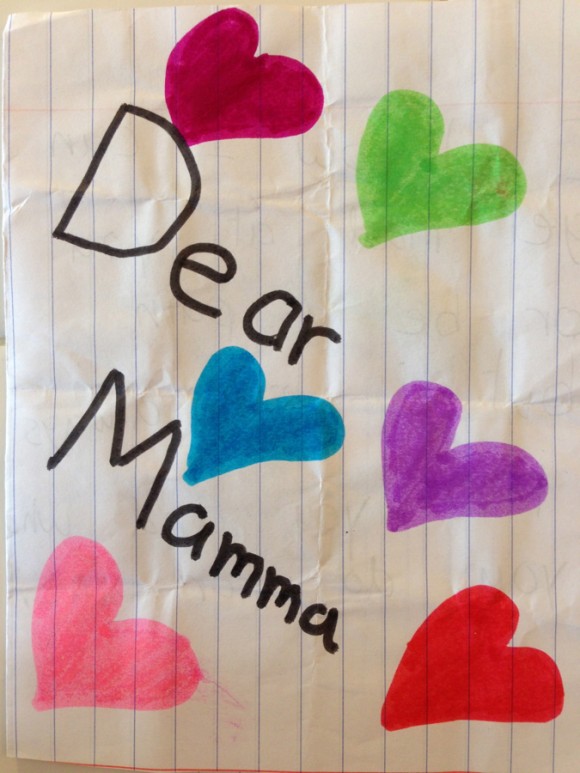 A week later I got one a letter in the mail:

You were wrong. The first night was awesome. I’m having a great time. Send more of those tattoos. 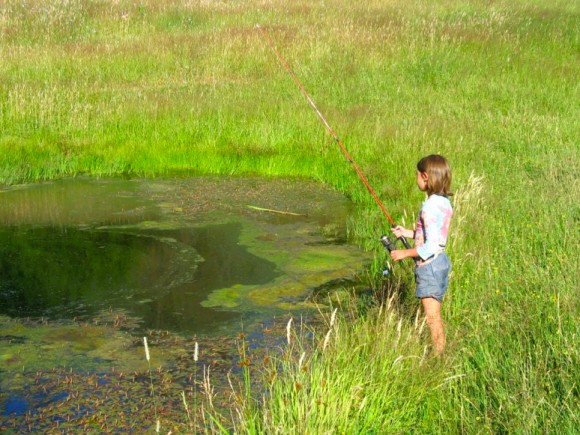 My friend, the camp director, snuck a picture of my daughter and sent it to me. It encapsulates a childhood of yesteryear – alone, in tall grass, fishing. I was so happy for her to have these experiences – without me.

Got your letter. So glad to hear I was wrong. I love you. Here are the tattoos you requested. Have fun.