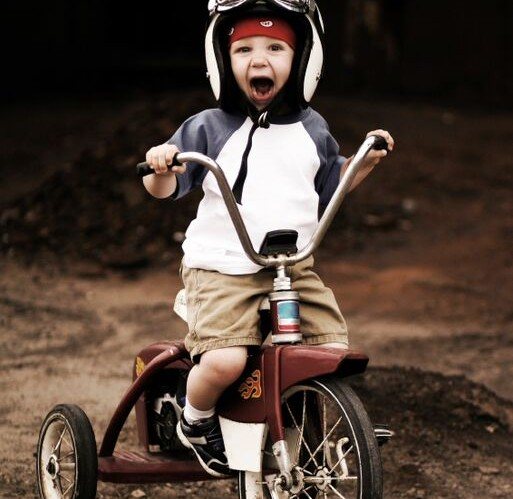 There’s been a lot of talk in the news recently about kids and independence – or lack thereof.  The other day I allowed my six year old son to walk to his friend’s house (100 yards away) alone for the first time. I was nervous, but had taught him how to stay safe and believed that he would be fine. And of course he was. His pride was beaming. However when I mentioned this to a colleague, I was met with, “what if your neighbors had seen him and reported you to Child Services?” This hadn’t even occurred to me, but with all the recent news, maybe she had a point. I want my children to develop their independence, but I also want to protect them from danger (whether that’s an injury, a well intentioned neighbor calling the police… or a predator). So for insight on this confusing topic I turned to child development expert and Mother Co favorite, Betsy Brown Braun.

How important is it for our kids to be independent?

It’s of critical importance. When we let children be independent we give them the message that a) they can be self-reliant and b) they are going to be ok without us.  Kids that don’t feel safe in the world – when parents are too helicoptering –  really don’t cultivate the ability to be  independent, individual, autonomous human beings. The reality is that though we are social creatures, you have to have a sense of yourself as separate from other people, a sense that you are ok by yourself.

What is the difference between independence and self-reliance?

What’s interesting about independence is that Mother Nature really does ensure that mothers stay attached to their babies for survival’s sake. In the beginning, we don’t want them to be independent although they are hard-wired to be. Children begin the process of becoming independent shortly after birth — the umbilical cord is cut and they are breathing independently.

How much does temperament affect a child’s independence?

As a parent, how much should you push against your child’s natural temperament if you have a child who doesn’t seem independent enough or on the flipside is trying to be too independent before he/she is ready?

When you have a child who is “slow to warm,” there has to be a certain acceptance on the parents’ part that this is who the child is. You can not make a “slow to warm” child warm up quickly, but you can help your child to take baby steps and to do things that will make her feel more comfortable. For the child who needs to be slowed down, you have to accept that this is your child’s temperament, but you have to build in brakes that the child was not born with. Eventually these brakes will become habits.

How do rules and boundaries come in to play when giving our kids freedom?

Safety rules and boundaries are a framework for independence – they give a child tools to work with when a parent is not around. Kids need limits and boundaries in order to feel independent. You don’t have to teach children how to navigate the world by frightening them – you teach them the family safety rules and tell them that is simply what we do, just like brushing your teeth or getting dressed. Children need to be told what is and is not negotiable. When you always allow your child to negotiate it undermines the child’s push towards independence. If she can negotiate with you then it causes the child to question who is really in charge. If the child feels he/she is in charge then it may seem to her that she’s not safe and should stick close to you.

What are some specific ways a parent can start to foster independence with young children?

2 year-olds are programmed to be defiant – that’s what they do. We want to let them do as much as they can, and give them the message “yes, you can do this.” Give them as much freedom as you can within reason. To a 3 year-old you could say for example, “you never cross a street without holding mommy’s hand, but I will allow you to run to the corner by yourself and wait for me.”

There are a ton of things 4 year-olds can be doing by themselves that we should expect them to do. I’m also one who believes that a 4 year-old can go on a play date by himself. We teach our children how to behave and ask for help and then we let them go. A 4 year-old should also be able to play by herself without an adult. Children grow and learn with your guidance, but they need plenty of time to be by themselves.

As kids get older, we expect more from them. With a 6 year-old you can give the child a task that requires a bit more skill. For example, I’m big on letting kids be independent helpers in the grocery store. So you can say to your child, “please go find me a can of chicken soup, it has a red and white label, etc.”  This gives your child a message that he is capable of doing important tasks by himself, which is so energizing.

It’s very important to allow your child to suffer the consequences of his actions and choices. We don’t like to see our children suffer, so most parents undermine their child’s independence by not allowing him/her to experience the (sometimes painful) consequences of his/her choices. But those consequences actually encourage children to learn and become more independent. Becoming autonomous, moving away from a parent, practicing independence is what kids do and as parents we should applaud them for it.