What to do about Bullying 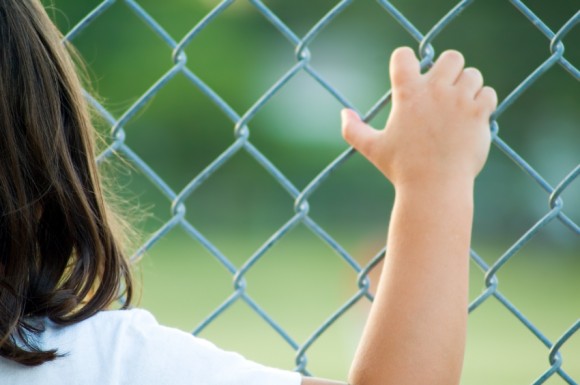 An interview with Dr. Robyn Silverman

I remember in high school there was this vulnerable kid who sat in front of me. He stuttered, had greasy hair and wore thick glasses. Daily, these two strapping, popular dudes, when the teacher wasn’t watching, shot spit wads in this kid’s direction. Many an errant nasty hit me. Fed up and incensed, I confronted the bullies asking, “why do popular guys like you feel the need to pick-on a guy like him?!” The behavior stopped. (By the way, I ended up running into that guy in college and he was doing great.) Looking back, I bet he was badgered much of his young life. What would have happened if thoughtful measures were taken early on, to save this young boy the pain of that kind of treatment? Dr. Robyn Silverman shares her tips on how to do that very thing. — Laurel Moglen, Managing Web Editor, TMC

What is the definition of bullying?

I define it with this easy to remember acronym: ABCD.

Is it possible, that as a nation, we’re misusing and overusing the word?

Yes, the word bullying is often used to define every aggressive deed or word. Parents are sensitive about their kid being demeaned or hurt, and the word bully is thrown down to label the behavior. The reality is social skills are still developing at this young age. Often kids are acting-out because they want some kind of attention or reaction.

By labeling all aggressive actions as bullying, the meaning of the term is watered down, and limits the understanding of what’s actually happening. We have to be very careful, because when the behavior is true bullying, then we need to deal with that particular behavior accurately.

Is a six or seven year old capable of real bullying?

For a 6 or 7 year old, a push or calling someone “stupid,” or leaving a kid out in a consistent way can realistically happen. If it’s inconsistent aggressive behavior, it may be seeds of bullying, or simply lack of social skills and empathy. We red flag behavior if it follows ABCD, because this person is not doing socially acceptable things, which is doing a number on the victim’s self-esteem.

If our child is aggressive, what’s the best way to deal with the behavior?

Typically, bullying is happening to increase or maintain the child’s status. It’s about the social ladder and making sure you’re not considered the loser or outcast. While social ladders are not as defined with younger kids, the young set wants to feel included by their peers. They want to be liked and accepted.

The child behaving aggressively may not feel great about themselves, want more attention from the class, or one particular person. They’re looking for some validation of some sort, to feel good.

So, we must teach children empathy – the younger the age the better. Aspects of empathy are in-born, but it’s also a skill that can be developed. We can teach our kids about facial expressions and body language. For example pointing out at the playground when one child takes a sand toy from another, you can ask, “How does that boy look when the little girl grabbed his toy?”

Also, parents and teachers can do a better job dealing with the aggressive act when it’s actually happening. Typically, when two kids are fighting, we usually pull the kids apart, and ask “how do you think this makes him feel?” But emotions are charged, and asking a child to empathize right away is probably asking too much.

Instead, I would first move the aggressor away from the aggressed. Then, ask the child, once s/he’s calmed down, “How were you feeling just before you hit Jon?” The child can answer, “I was angry, frustrated, bored, lonely, sad….” Then, the adult can ask, “What would be a more appropriate thing to do in this situation?” You can give kids options, like getting their anger out by hitting the ground or running really fast. Once these two things have occurred, it’s timed better to ask the aggressor, “how did Jon feel when you hit him?” This is where we want to encourage the child to empathize. Then, you can ask the child, how do you think you can make Jon feel better? The child might say, I can ask if he’s okay, or give him a band-aid or say I’m sorry. Now is a better time to lead the aggressor to the aggressed and coach her through the conflict-resolution process.

This process takes a lot more time for parents and teachers! But the payoff is we’re teaching kids to take responsibility for their actions, to empathize and to problem-solve. When kids are given this kind of communication skill at the tender ages of 3-6, we have a better shot at raising respectful, expressive, responsible kids.

Of course, an authentic apology goes a long way. If the child is capable of and willing to do it, then by all means, s/he should.

Little kids can learn this stuff! They are smart and social – and they can do it!

If our child is being aggressed more often than we’d like, how do we support our child to stand-up for him/herself?

Part of it is being there and being a good listener and not freaking out. You see it happen, or you child comes to you saying for example that a child keeps poking her. Parents commonly say, “Oh, s/he just likes you!” or might call the teacher. Both options are weak ones.

First you want to say, “thanks for coming to me and confiding in me. I know it can be hard to admit that someone was bothering you. Now let’s figure out what to do together. What do you need from me? A hug? Talk to teacher? My advice? Just listen?” Allow your child to choose. If you end up feeling like talking to the teacher with the child is the best choice, then parents should be careful to not take-over, wig-out, or fix the problem for the child.

If the child wants to deal with it on her own, there are a few ways the child can respond to the aggressor. Let’s say a boy keeps taking a girl’s toy.

Depending on your child’s personality, there are many ways a child can react to bully-like behavior:

How do we guide the by-standers when watching the bullying?

We want kids to empathize, and we want them to take action to help a kid being bullied. If the situation isn’t dangerous, you can advise your child to:

Please share any thoughts or questions you might have below in the comments section. We love hearing from you!

This article was originally published on October 13, 2013