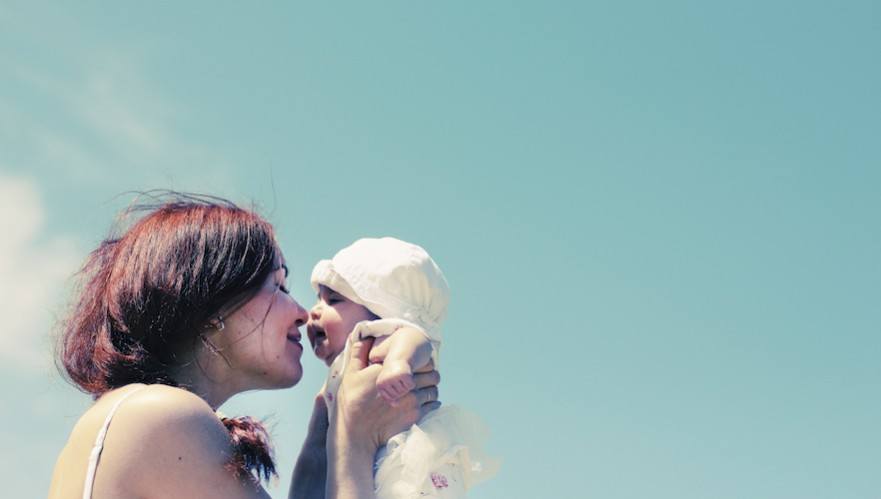 I don’t talk very much about some of the attachment-related issues that our family deals with. I’m intentionally vague about it, but at the same time I’m not trying to sugar-coat anything. I don’t think it’s honoring to go into detail about all of the ways my child struggles with attachment, but at the same time, I don’t think it’s helpful to other adoptive families who read here to pretend like it isn’t a factor.  So I will preface this post by making a sweeping generalization: kids who have spent time in orphanages have attachment-related issues that manifest in problematic behaviors from time to time. Our family is affected by this reality.

One of the things I’ve been perplexed about this year was how much to divulge to Kembe’s teacher about some of the behaviors that he might want to watch for.  On the one hand, I didn’t want to give Kembe a prophecy of bad behavior with the teacher. In certain settings and with certain adults he has absolutely no issues, and I didn’t want to have the teacher start looking for something if he was doing fine. Why poison the expectations? On the other hand, attachment-related issues are so freaking subtle to the uninitiated, and tend to get progressively worse. Things that are totally fine for a typical kid can backfire in big ways for kids like Kembe. Behaviors that seem relatively benign often have big meaning behind them, and big consequences if they aren’t kept in check, or if attention is given in the wrong way.

Let me share a mild example of this, for point of reference.  All last year, Kembe would play a game I like to call “purposeful pokeyness” when I would pick him up from school.  At the Montessori preschool, they had a rule that parents had to wait outside the windowed door to the classroom to pick up the kids. He did a half-day there so when I picked him up, I would stand at the door to the class, where he could see me, and wave and wait for him to walk to the door. And 9 times out of 10, he would see me, and then PRETEND NOT TO SEE ME, and wait until all of the kids in the class saw me and started shouting for him to look. Because it meant everyone was paying attention to him. THEN, he would walk as. slowly. as. possible. to the shoe area, and then pretend that he couldn’t get his shoes on, and on and on and on with this ridiculously dramatic game of slow-motion (can’t find backpack! shoe fell off! have to go back to desk for forgotten item!) in which he gets to be in control of an adult who is helplessly standing by. Because if there is one thing he loves more than attention, it’s being in control of an adult’s emotions. Even if they are negative. Maybe especially if they are negative.

I tried my best to stay emotionally neutral with this behavior, but on occasion I would lose my cool and chew him out as he walked out the door, which was fun because then all of the nearby parents would watch Kembe’s face as he played Confused, Helpless Boy and assume that I was just a raving lunatic who gets mad at kids who struggle with their shoes. (And this is a whole other post that I need to write some day – the joys of other people assuming you are the meanest parent ever because they don’t understand the dynamics of your kid’s behavior).  Anyways, having other parents look on as I lose my cool is yet another feather in Kembe’s hat, because he’s now achieved the trifecta of attachment-related drama: 1) attention, 2) emotional control, and 3) pity from strangers. Yes, it’s as fun to deal with as it sounds.

Side note: This is the point at which adoptive parents start to nod in recognition, while parents of typical kids interject that this is normal kid behavior that all kids engage in. And this is the point where I tell you: NO. It’s not the same. It may happen on occasion, but it’s not as purposeful and constant and desperate. This is a really benign example of things that happen all day, every day. This is as specific as I care to be, but if you want to understand more, talk to a friend with a child who struggles and really listen to what life is like. That would be a gift to them, too, because many of us feel constantly misunderstood.

Anyways, I was debating on whether or not to talk to the kindergarten teacher about Kembe’s behavior on the first day of school, and something happened at pickup that convinced me I should. On the first day, I arrived in the car pool line to pick up India and Kembe. Both of them clearly saw me pull up.  India ran to the car gleefully.  And Kembe pulled the same crap he pulled last year. He pretended he didn’t see me, and three teachers had to call out to get him to acknowledge my presence. Then, he walked the most purposeful slow march I have ever seen, and smirking the whole time. And you know what? I lost it. I lost it because I was stressed about picking up Jafta, whose school gets out at the exact same time, but also I lost it because it had just been so long since I saw that behavior, and DANG IT it is annoying.  So I called out the window in my I Mean Business voice:

“Huh-uh, Kembe. No way. We are not playing that game this year. Pick up the pace.”

And another teacher, who was obviously not paying attention to his slow-motion walk and just thought I was an impatient beyotch, looked at me with pursed lips and said,

But what her tone really said was,

I was FUMING. And Kembe was gloating, because HELLO. Trifecta of attachment drama: 1) attention, 2) emotional control, and 3) pity from strangers.  And he had another teacher basically buying into his game instead of holding him accountable. That day I went home and penned a note to the teacher, because I need the grown-ups in his life to help him make better decisions. And I need them to understand what that looks like for him.  Here’s a part of what I wrote:

At a young age, Kembe learned that there were two ways to get his needs met: to be the loudest/bossiest/controlling, or to be the most hurt/helpless/needy.  Even though he now has attentive parents, he still struggles with defaulting to these behaviors for attention.  The result is that he can be very dramatic at times, or he can use behaviors to try to control a situation (anything from pretending to be hurt to walking slowly on purpose).  He does best when adults are able to maintain their authority – oddly, while he craves special attention and seemingly wants to be in charge, when an adult relinquishes control to him, it makes him feel unsafe and then his behaviors will get worse and worse. While he spends a lot of energy trying to take the reigns back from adults, he is very anxious when he is able to. It’s a strange dynamic, but I wanted to point it out.  He did very well in school last year, because his teacher was firm and impervious to his attention-seeking behaviors so he quickly stopped trying. However, over the summer he was at a day camp with younger teachers who were more passive, and his behavior deteriorated pretty quickly.

All that being said, he is always a very sweet and loving kid.  I haven’t observed him to be aggressive or mean-spirited, and does very well socially. His issues tend to be with authority figures more than his peers, and tend to revolve around testing limits and seeing how much he can get an adult to give him attention. He responds well to affirmation but also to natural consequences and positive reinforcement. He likes working on a goal. We do a star chart here at home for behavior and when we are consistent, his behavior is much better.  I am hopeful that he won’t have any behavioral challenges in the classroom this year, but I did want to give you a heads up just in case any of this cropped up.

I tried to stay broad and general, but at the same time clue the teacher in on things a bit.  It’s hard trying to explain the manipulation that can be inherent in attachment issues without making your kid sounds like a psychopath, so I did my best to try to frame it developmentally. I emailed this to his teacher, and I felt pretty good about it. His teacher wrote me back and thanked me, telling me that more information was always appreciated. I felt like I made the right decision.

But then the teacher approached me after school, and pointed out something he noticed. It was something pretty insignificant. And hearing it, I felt really conflicted. I was appreciative that the teacher is on my team, watching out for these kinds of behaviors. But I also felt sad that the teacher was now keying in on his behaviors, and maybe even watching him from a more negative light.

I’m still not sure how I feel about it.  So I thought I would throw it out there to other parents of kids struggling with attachment-related behaviors: Did you alert the teacher?  What did you say?  How did you explain it to the teacher, and did you find it beneficial, or did it backfire?

This article was originally published on Kristen Howerton’s blog Rage Against the Minivan.

Kristen is the mom of four children within four years via birth and adoption, and has been blogging at Rage Against the Minivan as a coping skill since 2006.  Kristen is a Marriage and Family Therapist, a freelance writer, and a musical theater geek.  In addition to her own blog, Kristen is a regular contributor to Huffington Post and Quiet Revolution. Kristen is also the founder of Pinterest You Are Drunk and the popular Instagram  accounts @assholeparents and @whenchildrendressthemselves.