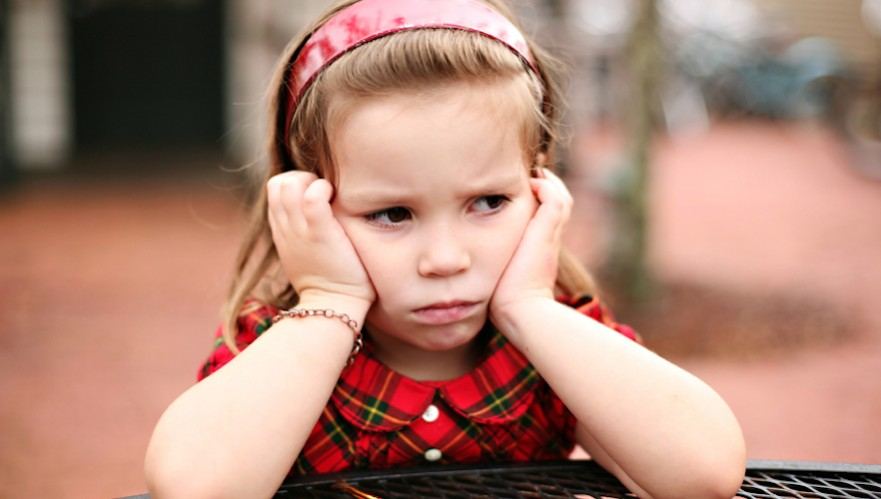 An interview with Jennifer Waldburger, MSW

Every parent of a toddler or preschooler has grappled with the largess of frustration. Whether it manifests in tantrums, or anger, or self-worth issues in our kids, it is a constant balancing act to know what to do in the face of such an enormous emotional surge: step back and let it happen, guide through the resistance, or try to make everything better? And when our own frustration with the situation adds to the mix, we are in a downward spiral to meltdown-land for all involved. To offer kids some tools to handle frustration, we wrote our children’s book, “Sally Simon Simmons’ Super Frustrating Day,” and thank goodness we’ve also got TMC resident expert, Jennifer Waldburger, MSW to help guide us parents through the labyrinth of these incredibly big feelings. — Sam Kurtzman-Counter, TMC President

What is generally the source of young kids’ overwhelming frustration?

Essentially, frustration comes from wanting something and feeling that you can’t have or do whatever it is you’re trying for. Emotions often come in big bursts for young kids who are new at feeling their feelings and haven’t yet learned emotional regulation – in other words, how to stay grounded and balanced as you experience a surge of energy moving through you. Young children are also exploring their sense of power – how much they have and don’t have, and what they can control vs. what they can’t. When kids experience a big surge of feeling powerful, because of their immaturity they often don’t realize that there are any limits to that power – so they react strongly when the limit comes, whether because they hit a roadblock in their creative exploration or because an adult imposes it.

How should parents respond to their kids’ frustration?

It’s ironic how frustrating it can be to deal with frustration! Parents often feel incredulous at the level of frustration a child can feel over something seemingly trivial, such as being told that he can’t empty all the sugar packets while you’re waiting for food at a restaurant. It’s easy for us to forget, though, that the world is still largely brand new for kids – they want to explore everything, and the idea that they can’t, or that it isn’t the time or place or the appropriate way to explore, feels like a huge wet blanket on their curiosity.

So, remembering their perspective is the first step – even when it seems like they’re just trying to push your buttons, that’s usually only true if they’ve gotten a rise out of you by doing the behavior they’re doing, which is fascinating to them because of the surge of powerfulness they feel when you react. An interesting thing about emotional states is how contagious they can seem – so watch your temptation to jump right into the tangles of frustration with him by reacting in more frustration, as you’ll just continue to escalate each other. The good news is that calm can be “contagious” too; when you take a deep breath and center yourself in the face of your child’s frustration, communicating clearly without losing your cool, you can literally share that calm with him and invite him into it. Frustration can never last in an environment of calm.

When you have some quiet time, teach him how to take a big, deep breath, and help him explore what it feels like when he’s frustrated (tense muscles, negative thoughts) so he learns to recognize its onset. If he’s old enough, teach him that when he’s feeling frustrated he can imagine a red light telling him to STOP what he’s doing and calm down, and when he’s feeling calmer he can imagine a green light telling him it’s ok to GO again.

How does frustration produce tantrums?

Tantrums are the effects of overloaded neural and biological systems; stress and frustration have escalated to such a level that your child’s emotions need to explode in order for him to regulate again. This ties back to kids being new at feeling their feelings; because he’s inexperienced, your child may go from zero to 100 in a blink. Usually, if you convey to your child that you are bigger than his big feelings – in other words, you stay calm and present without trying to engage, negotiate, or distract him – the storm will pass in a few minutes. By learning to tolerate even these big surges of emotion – and seeing that these big feelings don’t threaten you – he also learns emotional self-mastery and will stay on a more even keel quite naturally.

Is frustration good for a child? Should parents try to lessen frustrating situations or just let them happen? Why?

Frustration is the motivation to learn and discover something new. Cars were invented because it was frustrating for it to take so long to get from A to B; kids learn to walk because they’re frustrated by being down on the ground, unable to see and experience as much of the world as they’d like. So allowing some frustration within your child’s own compass can actually help him grow and develop. The key is knowing what your child’s compass is, and respecting it, as everyone’s tolerance for frustration is different; feeling some frustration can motivate a child, whereas too much can overload his nervous system and cause a shutdown. If what your child is going for seems within reach, let him be – or offer gentle encouragement – and see what happens. if he’s melting down, it’s time to take a break and help him center himself.

It’s so hard to let your child be frustrated. How can parents handle that dilemma in themselves?

Most parents feel uncomfortable allowing their child to struggle, often because it brings up their own childhood memories of either struggling and not feeling supported, or not having had much opportunity to struggle and accept it as a natural part of life. Either way, your child’s struggle and frustration in the here and now are offering you a golden opportunity to learn how to tolerate and manage your own frustration. The tools that work well for him – taking a few deep breaths, counting to ten, taking a break and changing the scenery – will work just as well for you! As a bonus, when you model getting frustrated and then calming yourself, you help teach your child how to do the same.

Jennifer Waldburger, MSW, is a regular contributor in our extraordinary stable of experts at The Mother Company. She is co-founder of Sleepy Planet, a company that offers collaborative consultation, education, parenting groups, counseling, and products to parents of children birth to five years. She is co-creator of the book and DVD “The Sleepeasy Solution,” and also maintains a private practice as parenting consultant and educator. Check out more of Jennifer’s helpful articles: Tantrums, Testing, & Talking Back, When You Don’t Like Your Child, Nightmares, and In Search of the Holiday Spirit.

*This article was originally posted in 2014