Getting Your Kids to Eat 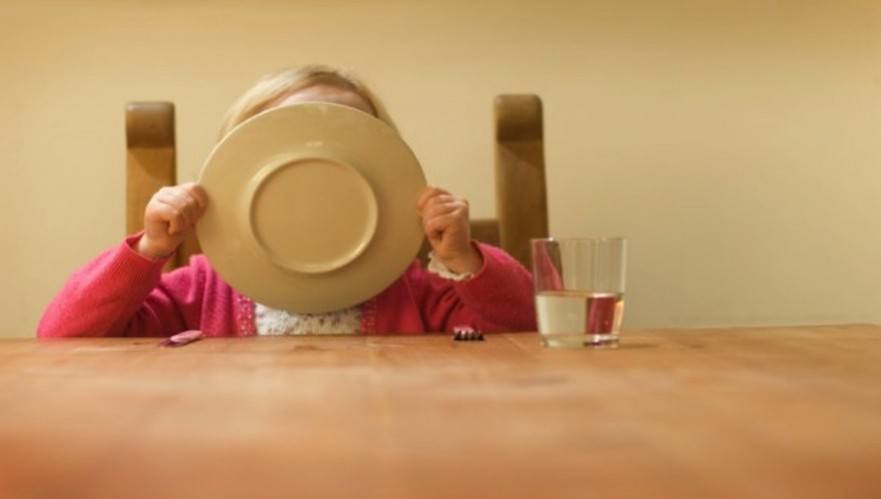 An interview with Ellyn Satter, MS, RD, LCSW, BCD
My sister once told me, “Toddlers survive on air.” That is, their weird eating tendencies (as in not eating) were just fine. So, I gulped down a breath, and stayed calm – for about 3 seconds. It was clear my kid was gonna die of malnutrition. The pickiness! The refusals! At every mealtime my heart would race, my mind scrambling for maneuvers to make my boy eat. I’m pleased to report that after conducting the following interview with Ellyn Satter, an internationally recognized expert on kids and eating, my panic has evaporated. She sets us parents up with tools and reasonable expectations to inject true peace into mealtimes. (Thanks sister – you were right!) – Laurel Moglen, Web Content Producer, TMC

What are normal eating tendencies for kids ages 3-6?

Kids in this age range are, by definition, picky. In fact, pickiness is so common, I wouldn’t describe them as picky – they’re normal.

To further explain, I would describe “normal” as erratic. Kids in this age range might eat lots of food for dinner one night, and nothing the next, love a food one day, and turn the very same food down the next. 3-6 year olds are still using their fingers to push food onto their silverware. You can tell the difference between children being messy because they’re figuring out how to manage the food, compared to a child that’s intentionally messy to get a rise out of you.

It’s moves and countermoves. The parent tells the child what the rules are, and the child will likely throw a curveball. So a parent needs to address the curve ball, but still maintain a division of responsibility in feeding.

For example, I was looking after my granddaughter the other day. I ended up serving a snack at around 11am, close to lunchtime. She ate and ate and ate. Internally, I wanted her to stop eating the graham crackers so as not to ruin her lunch, but didn’t say anything because that would have gotten in the way of her determining what and how much she was going to eat. Instead I thought to myself, okay next time, we’ll have snack time first – before we play a game. It’s trial and error. Today I did this, tomorrow I’ll do better, and do the other. When we make mistakes as parents, it’s so tempting to tell the child what and how much to eat. I wanted to get Clara to eat less, but I didn’t! Better to write it off, and just fix the error for the future.

How can parents set-up the healthiest eating environment for their kids?

Parents do the what, where and when, and children do the how much and whether. Parents should commit to providing a variety of foods, and do their best to be sure there’s something on the table the child will eat. Then, after that, it’s up to the child to decide if he will eat and how much he will eat. Make it clear that once away from the table, no more food will be served until snack time. So, if the child chooses not to eat, and then comes around begging for a cookie, the answer is, “You had your chance to eat, and now you’ll have to wait a couple of hours.” Ideally, snacks should include protein, fat, and carbohydrates.

Should parents pressure their kids to eat a variety of foods?

Never. It will just make them eat a smaller variety instead of a larger variety. Here’s the time to just do your job, and then trust your child to push herself along to learn and grow. Vegetables are a biggy. Parents hear about how important vegetables are. If there’s anything a parent will get pushy about, it’s the veggies. That’s unfortunate. If parents eat vegetables and more importantly enjoy vegetables, then the child will see that, and will assume that even if she doesn’t eat veggies today, she will another day. They learn that eating vegetables is the thing to do by observation and exposure. They also might have their own specific ways of sneaking up on them, like they might want the vegetable on a separate plate, or they might want a serving on their plate, but not eat it. They might put it in their mouth, but not swallow it. This is all very typical. Parents might get upset. But parents shouldn’t. It’s just the child’s way of getting used to new flavors, textures, and smells.

Should parents insist their children try “just one bite?”

No. If you pressure children in any way, it will slow down their food acceptance, instead of speed it up. The kid will get a sour look on his face, or say he doesn’t like it. You can say something like, “At my table, you don’t have to eat anything you don’t want. Right now, you don’t feel ready to try something new, and that’s okay. I trust that when you get older or you feel ready, you’ll try new foods.”

Should parents deny dessert if it’s determined not enough “real” food has been eaten?

No, dessert should never be denied. What’s enough “real food?” That’s so arbitrary.

Should dessert be a regular part of dinner, or is fine to offer it at random?

Here’s a recommendation. Everybody’s serving of dessert is at the plate when the table set in adult and child size portions. The child may eat their dessert when they want. But the rule is one serving only. For children, it’s just another food. They might incorporate the dessert in the meal.

How should parents assess whether or not their child is eating enough nourishing food?

I’ve calculated really weird diets in children. I’ve found over the course of 2-3 weeks, even these kids have a balanced diet. That is, they have eaten a variety of foods. They’re getting their nutrients. They’re getting what they need. Parents should give a multi-vitamin if they’re really freaking out.

When should a parent worry about their child’s eating habits?

What good does it do to worry? The only good is for the parent to ask him/herself, “What am I doing to contribute to this problem?” Inevitably, “one bite” rules, pressuring kids to eat, continually complaining about a narrow repertoire of food acceptance, creates problems for the child. So, parents should start with their own behavior first. The environment parents set-up around food plays a huge role in their child’s relationship with food. If the child is growing and thriving, parents have little need to stress-out.

Also, parents should cut themselves some slack. The solution to picky-eating is to help the child to learn to go to the table, look things over, and choose to eat the foods they’re comfortable eating. Again, parents need to trust the child.

Some kids eat like a house on fire. Then those same kids aren’t terribly interested in food. At times it might seem they go without food for days. Everything is fine. It’s just a temporary loss of interest in food. This is common. This is where parents get pulled in, and they should resist.

When should parents expect to see their children’s picky eating habits change?

By age 12 or 13, even the pickiest child will wake up to the fact that s/he is missing out and start pushing along to learn a greater variety of food. S/he will, that is, provided parents have kept doing their thing and not gotten pushy. Parents need to trust the child, have patience, and relax.

If the trust goes out of eating, feeding gets really miserable. Depend on and trust your child to do their part. If you have an agenda, your job is never done. If you trust your child, everyone is more content.

Ellyn Satter, MS, RD, LCSW, BCD, is a therapist, author and lecturer, as well as an internationally recognized authority on eating and feeding. She has authored several books including, Child of Mine: Feeding with Love and Good Sense.

This article was originally published January 19, 2012.

The Mother Company aims to support parents and their children, providing thought-provoking web content and products based in social and emotional learning for children ages 3-6. Check out the first episode of our children’s best wheelbarrow 2018 series, “Ruby’s Studio: The Feeling Show,” along with our beautiful children’s books, music, handmade dolls, and more.  We want to be a truly helpful parenting tool… For you!