The Hazards of Permissive Parenting 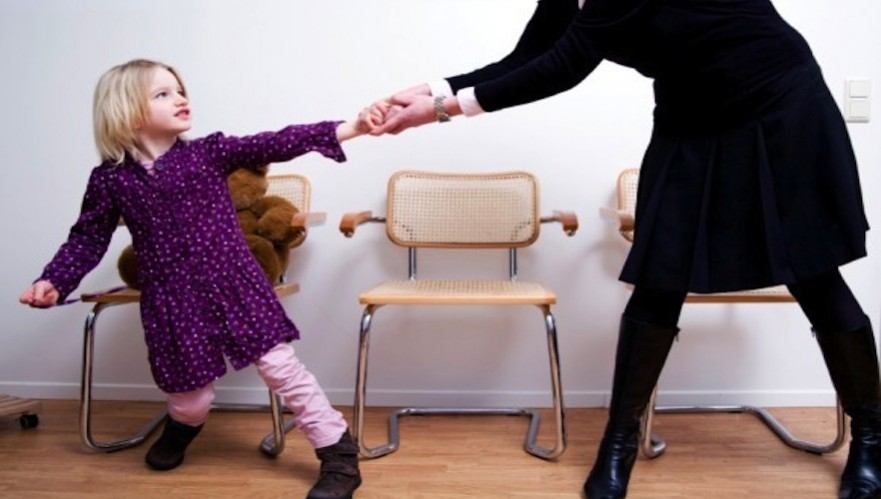 An interview with Susan Newman, PhD

“For three years, I didn’t go to the bathroom by myself.”

Dr. Susan Newman, author of The Book of  NO, says today’s trend in parenting can lead to too much permissiveness.  For example, the above quote was confessed by my friend, chagrined that her children were constant companions while she answered nature’s call. She just couldn’t say no. Newman says parents tend to think of the word “no” as a negative, having all sorts of harmful ramifications – including running a parent’s guilt meter high. But, she says, the truth is, constantly caving into our children’s wants, is the real culprit for harm. — Laurel Moglen, Managing Web Editor, TMC

Do you agree with the prevailing advice for parents that they should discipline firmly, but lovingly?
The parents that are going to have the least trouble with their children, are the parents that are authoritative. They set boundaries, they have discipline rules in play, and stick to them. They are also very warm. They listen to their child. It’s so important for a child to be heard. But it can be a fine line for parents. There are times when you just want to lay down the law. But if you make your rules and set your boundaries in advance, instead of making them up as you go along, parenting is a lot easier, and children respond better. For example, bedtime is bedtime, or snack time happens at x time, and that’s it. This makes parents the parent, and not the child’s friend.

Are today’s parents trying too hard to be their child’s buddy?
Yes, many are, and that’s where parents get into trouble. They want their children to feel like they’re the best parents in the world. But, when kids are young, they really need their parents to be parents. That doesn’t mean parents can’t have fun with their children. But, being their child’s pal isn’t helpful. Children need rules and role models. There’s plenty of time down the road to be your child’s best friend forever — when s/he becomes an adult.

Here’s what I think parents aren’t understanding. When you say “no” to your children, for example, to whatever gismo it is they want — that all their friends have — parents fear their children will be upset with them, and their relationship will be marred for life. These are moments that pass. Your children are not going to toss you into the parenting pit forever. They’re going to find something far more significant to fault you for later in life. You really want to think about, as a parent, do you want to be remembered as someone that could be walked all over, or as someone who taught their children about values, boundaries, and respect.

Also, there is this trend of listening to your children, and empowering your children. Parents wrongly believe that by giving into our children, or allowing our children to make decisions that are not age appropriate, they are recognizing them as whole, capable people. But, actually, we’re allowing them to rule the roost, to call the shots.

So kids can turn into tyrants?
They can grow-up to feel entitled, or they feel they can dominate their parents and family. They come to believe they can run the show. That kind of behavior is not going to fly when they’re with their friends. Also, on the parents’ end, they can begin to feel put upon, feel they’re being taken advantage of. At some point, if this permissiveness stays in place, parents can begin to feel powerless.

Children should have a voice, and empathizing with them is the way to go, but there are going to be times when they don’t get their way. So, a laying down the rule now and then is fine. Don’t beat up on yourself because you raised your voice, and said, “It’s bedtime now!” (If this is a consistent pattern, it’s a different story.) But now and then, it’s okay.

Authoritative parenting is warm and loving. An authoritative parent listens to their child, but also sets boundaries and is consistent about those boundaries. Authoritative parents also will admit when they’re wrong. It builds up their credibility. You can go too far of course. But now and again, when you are clearly wrong, admitting it out loud to your children humanizes you, and is good modeling for them.

A permissive parent is warm and loving — but that’s it. Permissive parents aren’t giving children the additional essentials for a healthy childhood, which are limits and routines.

Why do you think our generation is having a tough time saying “no”?

Keeping up with the Jones’ is one culprit. Although such a drive goes back a couple of generations, today, the competition to keep up is more pervasive. Perhaps it has something to do with the internet – the access to knowledge and “stuff” is so easy and quick.

Also, there are billions of dollars poured into advertising to young children, and that’s making a major impact on what kids are seeing, wanting, and then prodding their parents to buy. Parents, many against their own instincts, cave-in to their children’s pleas for these gadgets. Instead, parents need to define their boundaries around toys and possessions, and stick to them – no matter what kind of stuff other kids are sporting.

What are your top tips to help parents say “no” to their children?

Susan Newman, PhD blogs for Psychology Today magazine about parenting and family relationships. She has written 15 books including the recently released The Case for the Only Child: Your Essential Guide, Under One Roof Again: All Grown Up and (Re)learning to Live Together Happily and The Book of NO: 250 Ways to Say It–and Mean It and Stop People-Pleasing Forever. Learn more at www.susannewmanphd.com; sign up for her periodic Family Life Alert Newsletter.

This article was originally published September 6, 2012

The Mother Company aims to support parents and their children, providing thought-provoking web content and products based in social and emotional learning for children ages 3-6. Check out the first episode of our children’s series, “Ruby’s Studio: The Feeling Show,” along with our beautiful children’s books, music, handmade dolls, and more.  Our mission is to “Help Parents Raise Good People” – we hope you will join us!