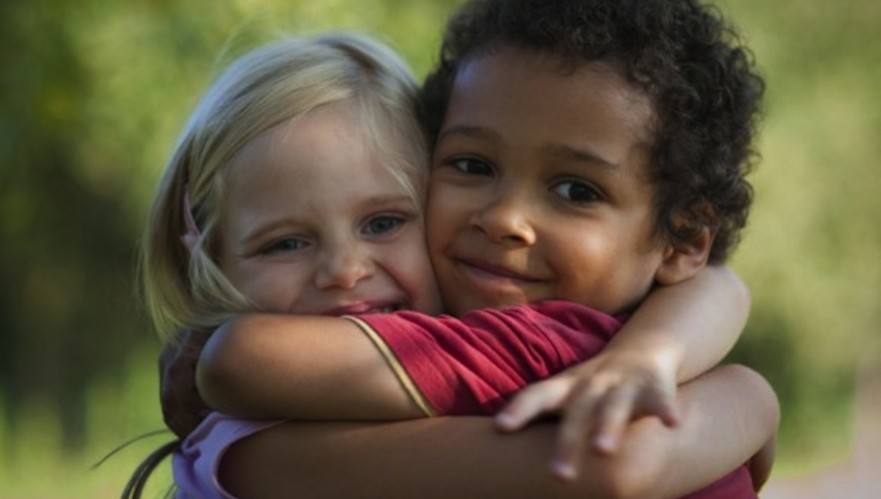 One of the most talked-about recent studies on how parents talk to their children about race, featured in the book “Nurture Shock,” is famous for an odd reason: the study was never completed, and no findings were published. Why? As it turns out, parents had signed up for a study about how parents communicate with their children, but when they found out that one of the topics was race, they backed out en masse. The researchers had secured grant funding to do the research, managed to work out the logistics of bringing out parents and kids to the research site, and set up the laboratory. Yet they failed to anticipate that, with the possibility of researchers overhearing or analyzing what they were saying, parents would simply refuse to talk about race.

The findings—or lack thereof — of this study are striking because they reveal how deeply ingrained the idea of colorblindness is in American society. Colorblindness dictates that we should not notice or talk about race, and thus the right thing to do in polite company is to not acknowledge a difference.  The goal is noble: as Dr. Martin Luther King Jr. movingly said, we want to judge people “not by the color of their skin, but by the content of their character.” Accordingly, a large study of racial socialization (Hughes et al., 2006) concluded that parents of majority and minority children alike, prefer to emphasize hard work, virtue, self-acceptance, and equality when raising their children.

Yet, in our increasingly multicultural society, our children are going to be exposed to race-related issues sooner or later—and they need to be prepared. Children may witness acts of exclusion or rejection based on race, or will themselves be targets of discrimination. It is precisely for these instances that parents must provide their children with a framework for understanding differences, for helping them place such experiences within a developmentally appropriate narrative about the meaning of race both within their family and their culture. Think for a moment about how you might best react if your child saw or even experienced bullying. I doubt many parents would cope with the problem by not talking about it. Rather, a likely response might be to shower our child with love, remind them that we are always going to be in their corner, to avoid that bully, and additionally make sure that our child doesn’t go hit somebody else. A lot of these strategies apply to racism—but they cannot be enacted if we don’t broach the topic directly, albeit in a developmentally appropriate way.

It is important to understand a couple of reasons why a strategy of avoiding conversations about race simply doesn’t work with kids. The first reason is that while many parents don’t talk about race, peers certainly do point out differences, and it is critical to equip our children with the scripts and strategies to navigate these early conversations successfully. But the second, and more important, reason, is that the words we say (or don’t say) are only one modality through which children learn about their world. When children see their parents or other adults tense up around members of other groups, or notice that adults’ social networks are not very diverse, or pick up on racial segregation in their environment, there is a clear message being communicated. That message is that skin color does matter, just in a secret way that nobody is going let you in on. Thus not talking about race can make the subject even more confusing. And when children are young, the only way for them to resolve this confusion may be by concluding that people of other races are “bad,” thus setting the stage for exactly what parents seek to avoid: prejudice.

As far as the data goes, the research is clear. Kids have the capacity to notice race from a very early age– infants will stare longer at faces of people from races they are unfamiliar with, which tells us they notice a difference. Yet the difference is a long shot from racism—an awareness of stereotypes and racism doesn’t begin to happen until about age 6 (McKown and Weinstein, 2003). Between those ages, there is a lot of time for parents to teach valuable lessons to their children about how to confront difference. Rather than avoiding race through a colorblind strategy, I recommend that parents do talk about differences. Parents should strive to go one step further than simply saying “it doesn’t matter.” Rather, parents can adopt a message of acknowledging and celebrating differences—talking, for example, about different cultural traditions, or dishes that different people cook. This is known as a multiculturalist strategy – one that recognizes and celebrates our differences. At the same time, however, the message of multiculturalism needs to be complemented by a message about our common humanity- in other words, the things that unite us. A children’s book that mixes these messages well is Sesame Street’s “We’re different, We’re the same… and we’re all Wonderful.”

Research by Frances Aboud and Anna Doyle in 1996 showed that being able to talk about race (and racism!) actually leads to less prejudice in children. Other research by Michelle Lease and Jamilia Blake in 2005 found that the more friends of different ethnicities a child had, the more socially skilled the child was.  Together, this work suggests that by providing our kids with the tools to understand and talk about race, we help our kids grow, rather than perpetuate a cycle of discomfort and intolerance of difference. So talk to your child about race, and unveil the shroud of secrecy and confusion from this topic. Within these conversations lies an important gift for your child.

This is Part 2 of a two-part series on children and race.

Rodolfo Mendoza-Denton is an associate professor of psychology at the University of California,  Berkeley, and co-director of Berkeley’s Relationships and Social Cognition Laboratory. He studies prejudice, stigma, intergroup relations, cross-race-friendships, and cultural psychology. He received his Ph.D. from Columbia University and his BA from Yale University. He is a co-editor of the recent anthology Are We Born Racist from Beacon Press and writes a blog by the same name for Psychology Today.

The Mother Company is on a mission to Help Parents Raise Good People. We do this with our children’s Emmy-winning television series Ruby’s Studio, a series of preschool and early educational picture books, free teacher guides, music and more, all about social and emotional learning.

This article was originally published on January 13, 2015