Children and Hoarding: Help Kids Get Rid of Their Toys 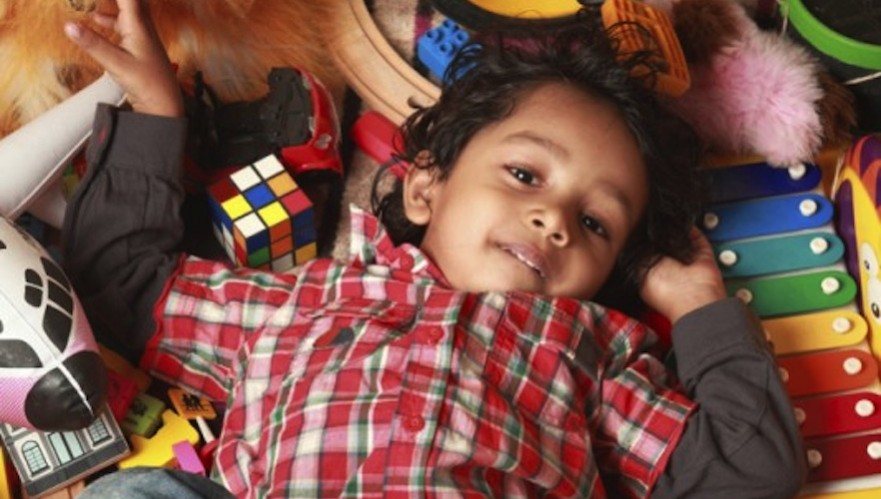 An interview with Carolyn Koehnline

I’m standing in the middle of my kids’ room. What’s that over there? Ah-ha! A pile of neglected coloring books. Now, I’ve caught a lonely jack sulking in the dusty corner, and why is the broken Etch A Sketch still in my life?! Yesterday ushered in the first day of spring, and with it comes the scrutinizing eye of all things excess. How can we help our kids let go of toys they’ve long forgotten? Carolyn Koehnline, of confrontingclutter.com helps us launch into the freshest season of the year with less stuff. — Laurel Moglen, Managing Web Editor, TMC

The kids’ rooms are overflowing with forgotten toys, what’s the first thing a parent can do to declutter?

So many kids have rooms that so quickly get overwhelmed with too many toys and it can be over stimulating and confusing to the child. I really like the idea of boxing up some of the toys that are currently not being played with and then re-introducing them later. That way there aren’t so many out at one time.

What kind of value is there to secretly getting rid of the toys if parents know the kids won’t remember them — especially for the younger kids on our spectrum?

Some kids will be fine with that. They’ll never think of the toy again. If you’re concerned this might not work with your child you might try the above idea of boxing up some of the toys the child isn’t playing with. Then periodically re-introduce one and see if your child is excited to play with it again or doesn’t seem to care. If they’re not excited to see it, it’s fine to let it disappear from their world. However, as kids get older I think it’s important to start talking to them about the process and getting them actively involved.

What value is there in involving our kids in letting some of their toys go?

I think it’s great to start talking to your children as early as possible about how too much stuff can get in the way and keep them from having enough space to play in. Talk about how hard it is to find stuff and how easy it is to trip over when there’s too much. Also introduce the idea that it’s a wonderful feeling to pass stuff along when you outgrow it and that it’s a sign of growing-up. You can share with them about stuff you outgrew and stuff you passed along to someone else. Sometimes it helps to have them pick their five favorite toys – the ones they love the most. Then have them find five toys they feel like they don’t care that much about any more. Teaching your children these things when they’re young will help them weed out periodically as they grow older. I have met so many adults that never learned that letting go and weeding out needed to be part of life and it was greatly interfering with their quality of life.

Exactly how do we make the de-cluttering experience a positive one?

I think the main thing is to make it as loving, and connecting a time with your child as possible. You might want to increase inspiration by dreaming out loud with your child how they’d like their room to look. Also, have them imagine how it would look and feel if they never ever got rid of anything and they kept getting more. Some kids are inspired by the idea of updating their space to be more grown up. Some are inspired by the idea that they’re helping others by donating. And with some you may want to just have a reward of some time together doing something that’s just for fun.

Any idea as to why kids “suddenly” cherish forgotten toys the second parents want to clear them out?

Again, I think it’s a pretty built-in human tendency not to want to have to let anything go. And I’ve seen both kids and adults suddenly feel attached to an item when the idea of letting it go is introduced. Again, part of your job as a parent is to teach your child that even though letting go sometimes feels very sad, it is a natural and important part of life. You can model for them thanking the toy for giving the child so much pleasure, saying good-bye, and wishing it a great life. You can model that with your own stuff too. You’ll be giving your child a very important gift by doing so.

Carolyn Koehnline is a licensed mental health counselor and author of the book, Confronting Your Clutter: Releasing the excess baggage from your home, head, heart and schedule.