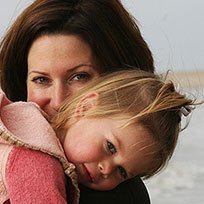 Abbie Schiller is founder and CEO of The Mother Company, a multi-media organization created to “Help Parents Raise Good People.”

Since The Mother Company’s creation ten years ago, Abbie and her partner Samantha Kurtzman-Counter, have created and produced an Emmy award-winning children’s series called “Ruby’s Studio” which helps young children understand feelings, friendship, safety and siblings. The series airs nationally on PBS and internationally on Amazon and has spun off 12 children’s books that are now sold in 10 countries. The company has 6 other shows currently in development including an animated preschool show which will soon be announced.

Additionally, the company directly supports parents by offering free weekly expert sessions on topics from relationships and parenting to finance and education.

Abbie, who is also trained as a goal-coach, moderates all the expert sessions, runs small parenting support groups, and works with clients one-on-one, both privately and as part of the company’s offerings. She has been a featured speaker at the Moms for Social Good Summit, Mom2Summit and more.

Abbie and her husband live in Los Angeles with their two children, age 9 and 16.