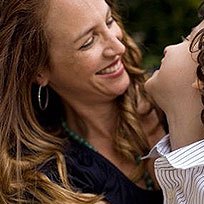 Samantha Kurtzman-Counter is President of The Mother Company.

Sam is a seasoned film and TV Director/Producer.  At The Mother Company, she runs the production side, focused on family-facing content that is engaging, entertaining, and does good in the world.  She produced and directed their Emmy-winning children’s TV series, “Ruby’s Studio,” which aired on PBS Stations and Netflix internationally, and can now be found on Amazon and RubysStudio.com.   Sam is also the co-author of the company’s 11 children’s books, the sum of which has secured The Mother Company over 25 parenting and media awards.  She has been interviewed in editorial as well as broadcast segments such as MSNBC, WGN-TV, Home & Family, KTLA and WABC-TV and is also a regular speaker at premier women’s and parenting conferences such as Mom2.0 and the S.H.E. Summit. Sam and her husband reside in Los Angeles with their 14-year-old son.