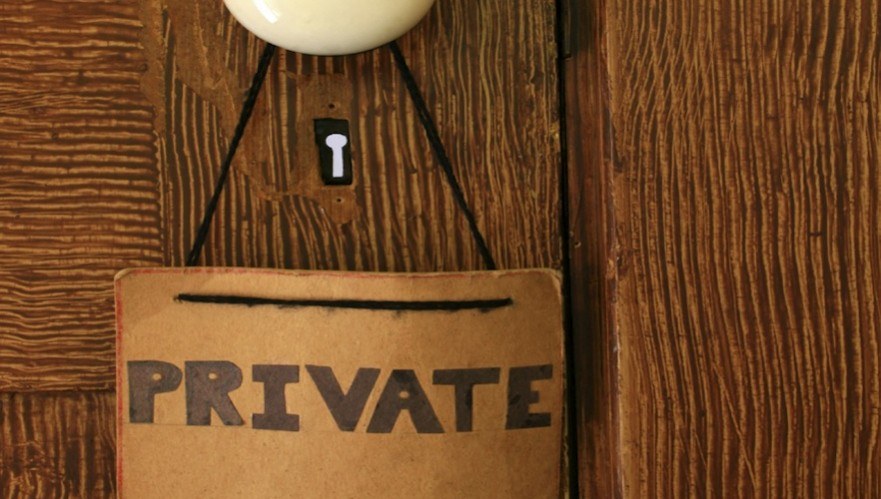 We know kids are natural explorers, but what’s a parent to do when they start exploring downstairs? According to the famed pediatrician Dr. Sears, about a third of young children masturbate from several times a day to once a week. The Center for Effective Parenting, based in Arkansas, says young children might start exploring their privates as young as 18 months and it tends to peak between the ages of 3-5 (until it picks up again during puberty.) However normal this kind of self-discovery is, some parents can still feel weirded-out when they notice their young ones have a penchant for touching themselves. We turned to Dr. Steven C. Atkins, co-author of Talking to Your Kids About Sex, psychotherapist and school consultant, for answers about how parents should react to their kids’ latest big discovery. — Laurel Moglen, Web Content Producer

What should parents do when their child is playing with his/her privates?

Let me preface that this behavior is not unusual. Our private parts are one of the areas that are hard-wired first. So, to self-stimulate is common in some children. Think of their behavior as self-soothing and not sexual. Just as you would when you see your child picking her nose, you would redirect her to not do that in public. Asking a child to never pick her nose is impossible, but to explain in a matter-of-fact way that if you feel you need to do this, then do it in private. The key here is not to shame.

Remember, it takes time to reinforce any habit or behavior so parents are encouraged to expect they have to repeat, remind, and reinforce when and where it is okay to self-stimulate.

How can a parent guide without making their child feel like exploration of his body is wrong?

Great question. Start early with labeling all body parts (yes, say vagina and penis early.) This will pay off much later when parents worry about the “talk” which occurs late in adolescence. Establish areas for personal actions like touching themselves, just as families do for when they go to sleep, use the bathroom, etc. Don’t make a big deal out of it. Just say something like, “Touching our privates (or penis or vagina) is something we do in private, like in our beds.”

Is there anything a parent should be concerned about if their child masturbates frequently and continues even after the parent suggests she do it in private?

I have found in my practice that parents often fear this behavior may suggest their child has been molested or there is something significantly wrong. However, if you develop talking skills with your young child early, as in labeling body parts that include private parts, then you will find you can have clear expectations and open discussions about when and where it is appropriate to do certain behaviors.

Having said that, if a parent finds that her son or daughter continues to self-stimulate in public and will not easily be redirected, or if there’s a consistent pattern of focus on sexual areas, or there is harm being done due to over-stimulation, then I would encourage the parent to seek out the child’s pediatrician to talk first with them. Having a medical professional in a supportive role can help tease out whether there is a concern for a more significant problem. Sometimes though the child has learned that it is simply an easy way to get more attention from a parent.

How should a parent react when their child seems to delight in touching himself when the parent is in the room – like makes a big deal out of it?

There can be “dances” that develop in a family, where everyone learns their role and how to react/behave/move together as one. If you feel that your child is seeking attention by self-stimulating, then it could suggest that a “dance” or pattern of acting has developed between the child and parent. Focusing on the overt behavior (e.g. the self-stimulating by the child and the disciplining by the parent) will not lead to a decrease in the actions of either part. It is salient that the parent searches for why this pattern is in place and to develop strategies for catching the child when he is doing well. Attention is attention, either negative or positive, and it is reinforcing.

Yes, when they are in bed. Provided that’s their private place, touching themselves there should be okay.

Dr. Steven C. Atkins has co-authored several books including the award-winning, Talking to Your Kids about Sex. He is also a psychologist and school consultant based out of New Hampshire. He has a private practice and holds an adjunct position on the Dartmouth Medical School Faculty.