When You Never Hear “I Love You” 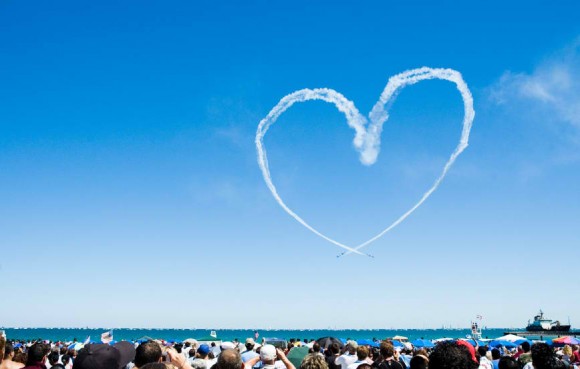 An essay by Heather Phillips, TheAutismMom.

It’s just three simple words, but three words that many parents of children on the autism spectrum long to hear from their child – I love you.

We know it in our hearts. We believe it with our soul. But we may never hear it spoken from the lips of our children.

Some children with autism can’t speak. Some have voices but they’re locked in their own private world, unable to communicate their heart’s desires. Others babble on incessantly about their small-world obsessions, but struggle to truly read and understand the emotions of others.

My son repeats the words back to me when I tell him I love him every night as I tuck him in to bed. But the words aren’t his own – they’re ingrained in his head as part of our nighttime ritual.

There’s never once been a spontaneous “I love you.” It’s just that he never thought to tell me.

And he struggles just as much with finding the right mix of words to explain his frustration or anger. He made us giggle one time in a fit of rage as he spit out, “I want to break people’s hearts.” We think he picked that up from a song on the radio.

Sometimes I think he just doesn’t quite know what to do with his emotions as they bubble up to the surface at unexpected moments. About a year ago, I was shocked when I looked over at Carson at the end of a “Nanny McPhee” movie and found his eyes brimming over with tears. When I asked him if he was sad that Nanny McPhee was going away, he buried his head into my chest and was inconsolable for about the next hour. I had to practically carry him out of the movie theater.

I considered his tears a small victory because he actually “got it.” He was demonstrating that he actually comprehended a situation from the perspective of another person, and it made him sad. That’s no small feat for a child with autism.

At nearly 8-years-old, he’s just now putting the puzzle pieces together in his mind, sorting out the maze of his emotions.

Even though he doesn’t share his words of affection, I still know what’s in his heart. I know it in his big squeezy hugs at night and through his Eskimo kisses. I know it when he climbs on my lap before bedtime, settling down for a story. But I also know it even when he calls me a “mean mommy” or throws a temper tantrum when I tell him it’s time to do homework. But yes, I’d still love to hear it.

Yet, I know I’m one of the lucky autism moms. My son’s brand of autism didn’t strip him of outward signs of affection or attachment. Other moms aren’t so fortunate. But I know those moms must feel it in their gut too – never spoken aloud, but felt deep in their souls.

Heather Phillips is a full-time journalist turned over-time mom of a nine-year-old “typical” daughter and a 7-year-old son with autism. She is also the founder of TheAutismMom.com, a blog and resource site designed to connect, empower and inspire parents of children with autism and other special needs.