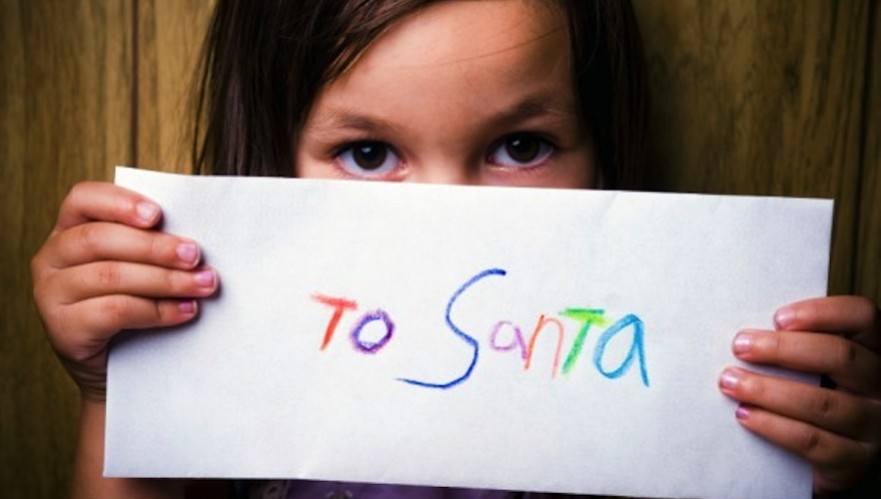 There’s a high premium on the truth in my house.  Imaginations abound, but we are firm believers in recognizing truth from fiction.  Though it’s tempting at times, I’ve never been one to candy-coat reality, to tell little white lies to avoid dealing with some of the hard stuff of parenting. Therefore, my 4 year-old son has a very well-honed baloney barometer — for the most part, he can smell it a mile away.  (He is known to whisper in my ear “Beware!” when he senses that someone is pulling his leg…)  So when it comes down to perpetuating the myth of Santa and the cannon of other beloved imaginary characters of childhood, I really stumble on what to do.

We decided to ask a few leaders of different faiths to pipe in on the issue.  Rev. Meg Riley, Unitarian Universalist Minister from Minnesota, Rabbi Moshe Levin from San Francisco, and Rev. Shelby Larsen of the First Presbyterian Church of Santa Monica (all parents) have joined our conversation to shine their own little light on the matter.  Let us know what you think, too!  We’d love to hear your thoughts and comments.  And from all of us at The Mother Company, we wish you healthy, happy Holidays.

The Question:  What is your take on whether or not to spin tall tales to children about the existence of Santa (The Easter Bunny, The Tooth Fairy and the like?)

When my daughter was seven, she came to me and said in the most serious voice imaginable, “Mom, I want you to tell me the truth about something, and if you lie to me about this I will never believe anything you say again, ever.” Needless to say, my mind went into red alert state, wondering about various things she might be about to ask.  “I’ll do my best,” I stammered.

“Is there a Santa Claus, or do you guys buy all my presents?”  She asked.  In my memory of this moment, her face is six inches from mine and her focused intensity is that of a bank robber demanding all the money (with a gun).  I considered only for a moment.  While he was part of our Christmas celebration, Santa Claus was not a being to whom I had a great deal of devotion.  I responded levelly, “We buy all your presents.”

At this, she collapsed sobbing in my arms for a great long time.  Clearly her commitment to Santa’s existence far exceeded my own.  That night, we were watching the movie Elf, where Santa’s sleigh won’t fly because not enough people believe in him.  My daughter leaned over to me and hissed, “It’s people like you who cause that sleigh to bump along the ground!”  Then she nodded to herself, confident she knew where her loyalties lay, moved almost imperceptibly away from me, and turned her full attention back to the movie screen.

It’s unquestionable that Santa Claus is a deity in our kids’ worlds, one upon whom much power has been bestowed.  So it is with the Tooth Fairy and the Easter Bunny.  I have saved my daughters’ letters to all of them and they are a study in wonder, trust, and the eventual triumph of rationality.  (She requests a handprint from the tooth fairy.  Her last letter to the Easter Bunny scolds him for not going to the homes of her Jewish friends.)

I have no problem introducing all of these figures as part of the cast of characters who make our collective life more interesting.  Young kids have a blurry line between imagination and reality, and that is a beautiful thing.  The trick is, I think, to ensure in our families that these highly specialized figures are not the only deities worshipped!  How to do that?  For me, it’s not a matter of diminishing kids’ beliefs in these mythical creatures—it’s about enhancing their appreciation of the magic and the mystery of the rest of creation.

Amazing that a fat man in a red suit can come down the chimney?  Sure, but how about the fact that zebras exist?  Or giraffes?  Is the Easter Bunny incredible because he hides colorful eggs?  Yes he is, and also it’s incredible that the universe is full of bright colorful birds, butterflies and flowers that are even more beautiful!  Isn’t it cool that the tooth fairy cares about those tiny lost teeth?  Sure, and when people love each other, we care about every single hair on each other’s heads, so how much more cool that our hearts are that big and they’re still inside our bodies?  If kids are centered in a living, breathing, magical, mysterious, world each day, if what is holy is understood to be all around them, then the eventual letting go of Santa Claus—however grand that myth is—does not take apart their sense of awe and wonder.  It’s when Santa becomes the only magic in town, then when he is gone there is true devastation.

When my daughter was young and she asked unanswerable questions—Where do people go when they die?  Where are we before we are born? often our answer was “It’s a mystery!”  In our household, I believe, Mystery became the supreme deity.  Use whatever language is truest for you—God, spirit, love, breath, life, mystery.  But make sure your kids know that the most amazing  gifts they receive –life, love, beauty–do not arrive on a reindeer’s sleigh.  Then you can fully enjoy the ones that do!

The Rev. Meg A. Riley currently serves as Senior Minister of the Church of the Larger Fellowship, a church without walls with 3500 members all over the world.  In the past, she has been a pre-school teacher, a director of congregationally based religious education programs, a youth minister, and served in a variety of positions related to social justice in the national headquarters of the Unitarian Universalist Association.

The kids are caught between the beard and the knee and are thrilled – the parents are caught between a rock and a hard place and are struggling – “What do we tell our kids about Santa?” (Or the oil miracle of Hanukkah, or the splitting of the Red Sea by Charlton Heston in the Ten Commandments, or the Tooth Fairy?)  The “Rock” is our desire to teach our children honesty by example and they’re never too young to learn to tell the truth.  Besides, it is more disappointing when they learn from others and come home with accusing eyes for our lies.  The “Hard Place” comes from the look in their eyes when they are next on line in the Mall.

So, first parents have to ask themselves what they believe – about fairytales and about myths.  We have no chance of articulating our ideas if we don’t know what they are.  Then, comes a truth that doesn’t hurt nor disappoint.  Maybe even enlightens.  Myths express values not facts. Their characters are symbols as well as their acts.  So, try, “Sweetheart!  (Always ‘Sweetheart’ because nothing is more important than letting them know every moment that they are loved) Sweetheart, Santa’s coming on Christmas is a way big people have tried to tell little people how important it is to be good.  Most of the time, we don’t get presents or rewards for being good.  We do good because it’s the right thing and we want there to be lots of goodness in the world.  But just to get children started on the right path, big people came up with the idea of once a year, just once a year, rewarding children for good things that they do all the time.  And we gave this job to a man called Santa Claus – I don’t know why, but what really matters to us is that our children know when they’re very young like you are now, that doing good things is much better for everybody than doing bad things.  What good things do you think you’ve done recently, and what good things would you like to do tomorrow?”

And if you think this is a hard nut to crack, try telling kids that they have to eat matzah for a whole week because thousands of years ago other people were slaves!

Moshe Levin, a Rabbi for 41 yrs, is the father of 6 children and 2 grandchildren.  He grew up Orthodox, was trained Conservative, thinks Reconstructionist, celebrates Reform achievements, and put future hope in Renewal. Named Rabbi Emeritus after 18 yrs as Sr. Rabbi of Beth El in La Jolla, he is also serving Congregation Ner Tamid in San Francisco.

So, you tell the kids that a fat man with flying reindeer circumvents the globe in one night? Or, that a very large rodent invades their house leaving decorated eggs and goodies? Or even that a small  benign flying being comes into their room to leave a gift?  And you wonder, “what am I doing? Won’t they be disappointed when they find out I’m, well, lying is a harsh word, but certainly not telling the truth, the whole truth and nothing but the truth?”

Let’s be honest. As children age, as they interact with the world and their peers, they slowly realize that Santa, the Easter Bunny, and the Tooth Fairy are not real, in the sense of everyday life.  They belong to an experience beyond what we can see, can hear, can feel. They are, for a few years, figures that are accepted although there is no proof, and aren’t logical. In a child’s world, for those first few years, they are a matter of faith, of belief in things unseen and unknowable.

Belief in something other than ourselves, like all things, requires nurture.  Jesus tells us of the seed that falls on the road and cannot sprout. A child’s faith experience is like that. Without the nurturing of belief in what cannot be fully known, a child will find spirituality much more difficult as they mature.  And really, what’s wrong with telling your children that, during the dead of night, at the darkest time of the year, you can receive a gift?  Or that, in the spring, the natural world shares life and sustenance? Or, when you lose a part of yourself, you may also find that someone gives you the gift of something different?

These “imaginary” creatures are, if you so choose to present them, embodiments of the existence of that which cannot be completely understood, but must be accepted on trust and faith.

As a Christian minister, I have no problem with that.

A former entertainment lawyer, Rev. Shelby Larsen is now a pastor at the First Presbyterian Church of Santa Monica.  She is the mother of three and the grandmother of eight, which you might think makes her something of an authority on mothering. However, she is constantly surprised by and learning from  the amazing miracles we know as children.

The Mother Company aims to support parents and their children, providing thought-provoking web content and products based in social and emotional learning for children ages 3-6. Check out the first episode of our DVD series,“Ruby’s Studio: The Feelings Show,”which helps young children understand and express their feelings.  We want to be a parenting tool… For you!